This garden was conceived in memory of the mecenes father who died at Ausschwitz.

The idea is to make Islands of Light. The light is charged during the day, the surface being covered with a material sensitive to ultra violet light,  and emitted at night. The islands will glow for up to eight hours. The islands will allow people to sit and relate; if they stay during sunset and dusk they will leave a shadow of themselves (this refers back to the notion of absence that runs through a lot of my work). The plants on the island itself, will be almost translucent and others in silhouette. Leaves and or branches that are moved after dusk will also leave a shadow, photographic in nature.

The size is approximately 5 metres across. 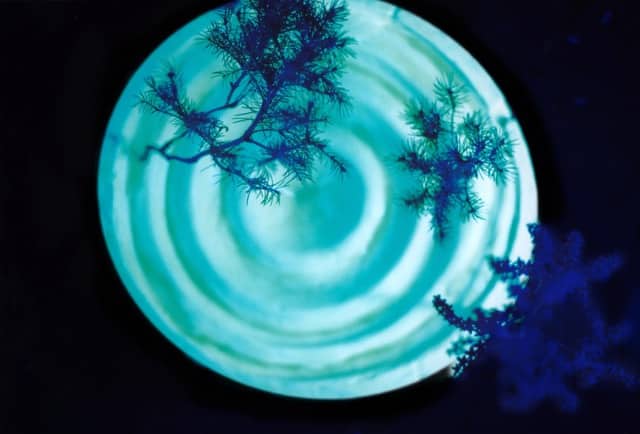 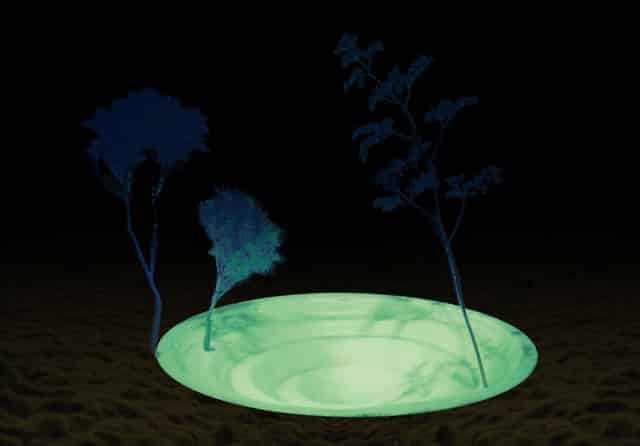