The series, Himmels Körper, or ‘Heavenly Bodies’ (I also call them ‘the Romantic skies in my own dirt’) has evolved from a night-time installation called ‘Oh little star of Bethlehem’ from 1999. I parked the latest Mercedes 500 in front of the Serge Aboukrat’s Paris ground floor gallery with a street facing window. Images of dramatic sunsets and other cloud formations, strongly reminiscent of German romantic painting and in particular Caspar David Friedrich, were projected from the interior of the car through the star on the bonnet and onto the back wall of the gallery. The three-pointed star was thereby suspended in the romantic sky. A recording of the song ‘Oh little star of Bethlehem’ by the German psychedelic group CAN played in a loop on the radio whilst a chauffeur polished and caressed the car. The installation lasted one night.

Sometime later I decided to transform, to pollute and confine the originals by remaking them using domestic dirt, producing a marriage between the Faustian alchemical cloud and the German romantic cliché, fixing them somewhere between a stain and an image. They are ‘compromised’ images, where the positive and the negative are reduced to the same value, where visibility is forced by the use of a taboo ridden non-material. 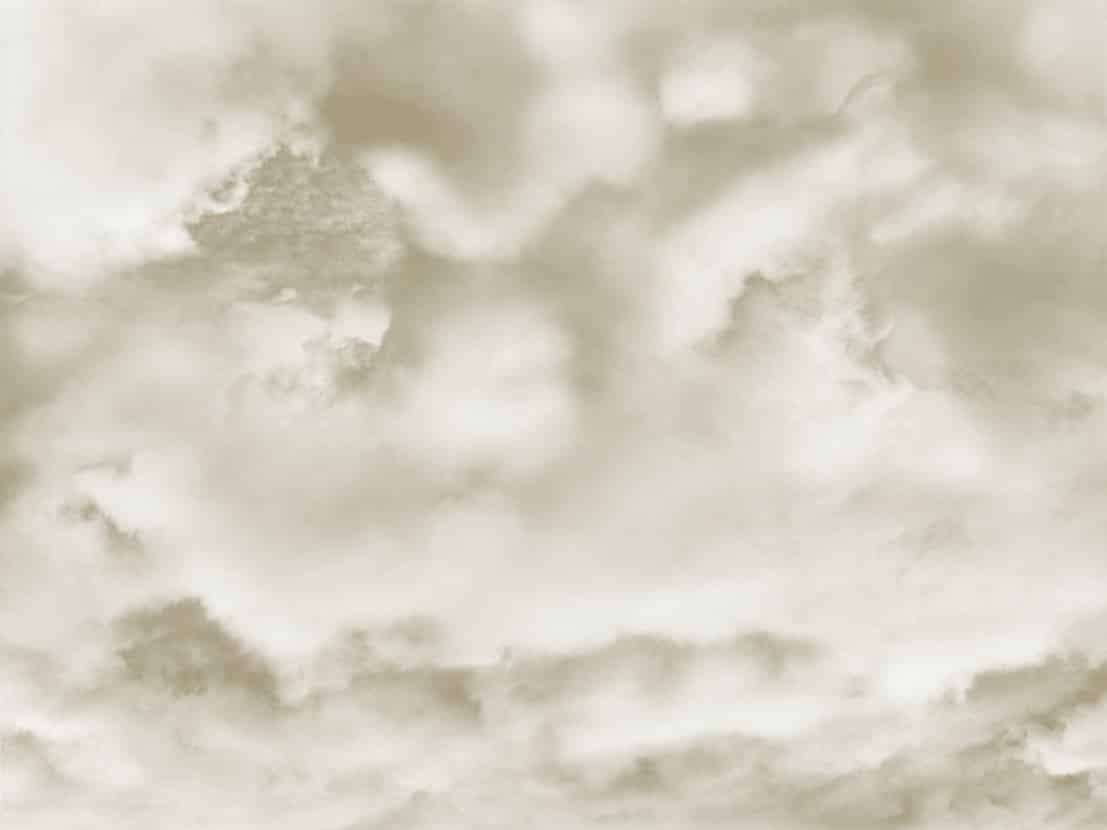 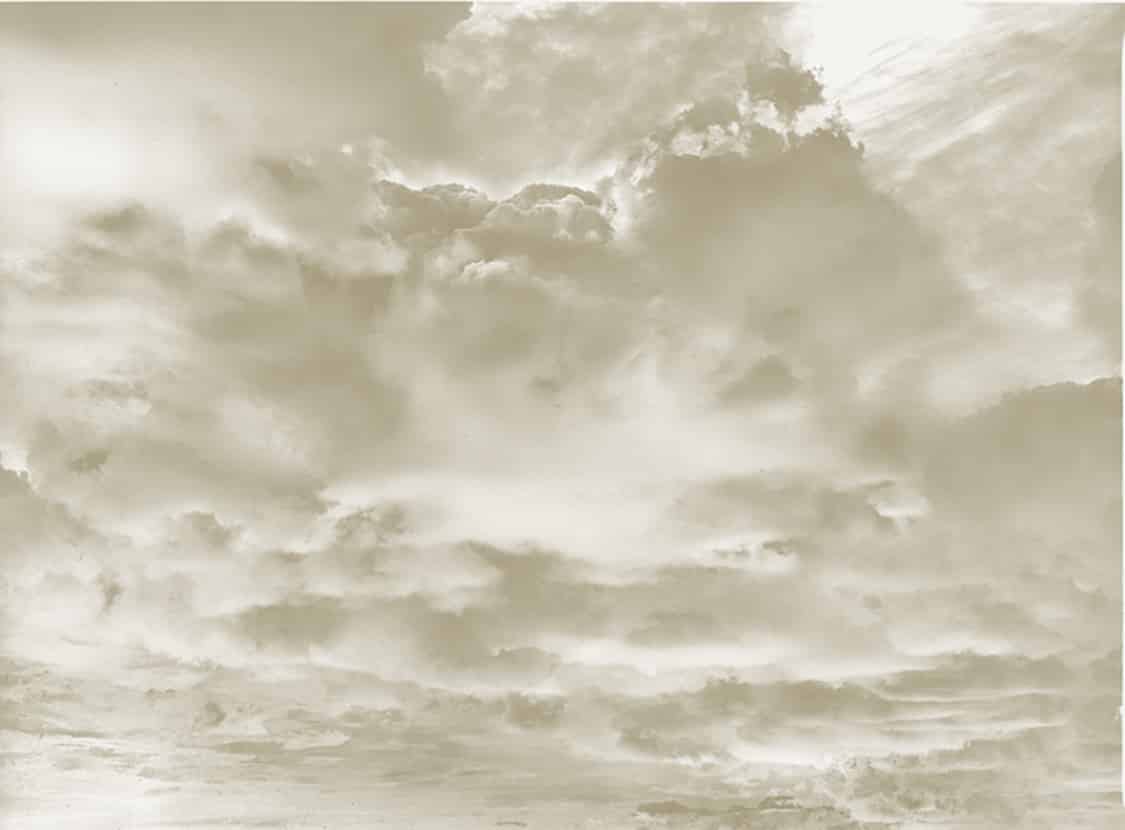 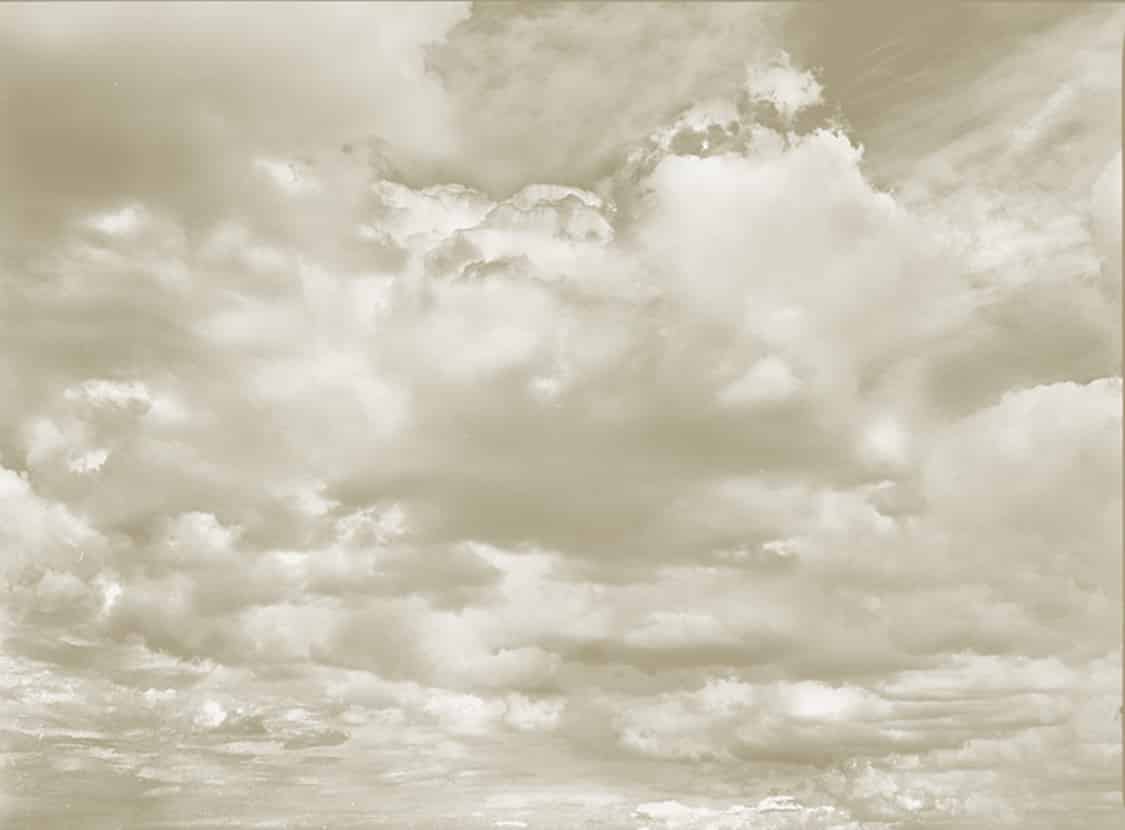 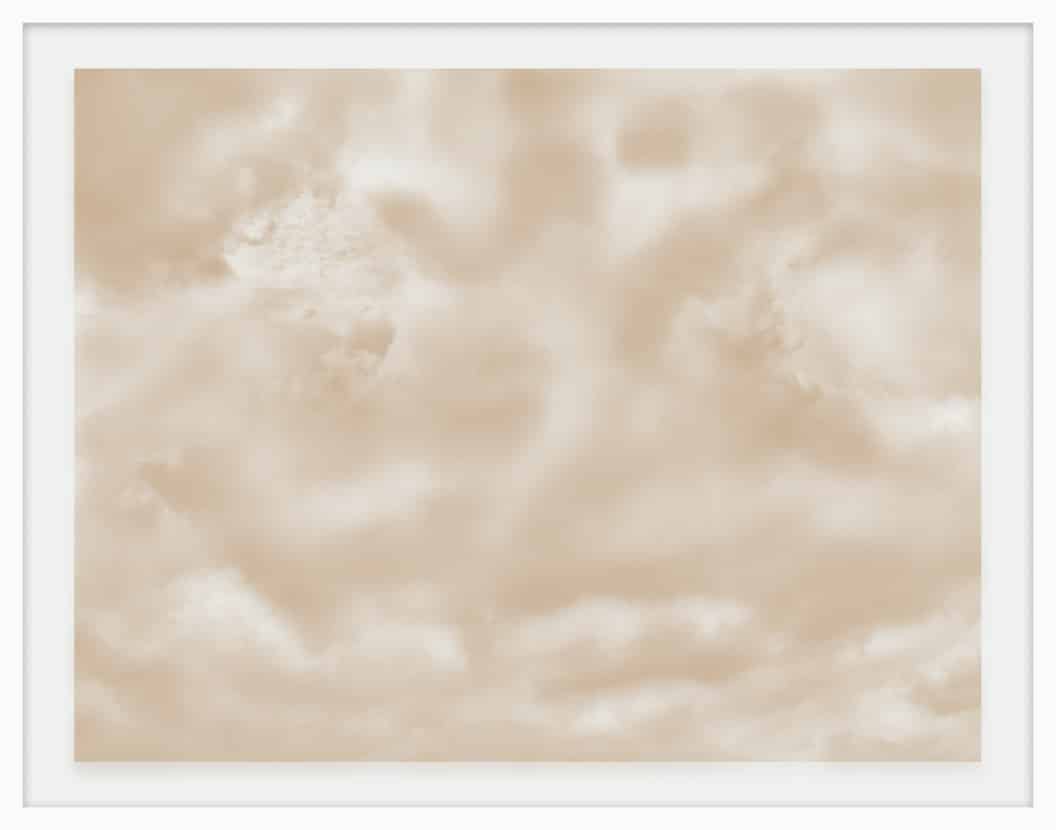 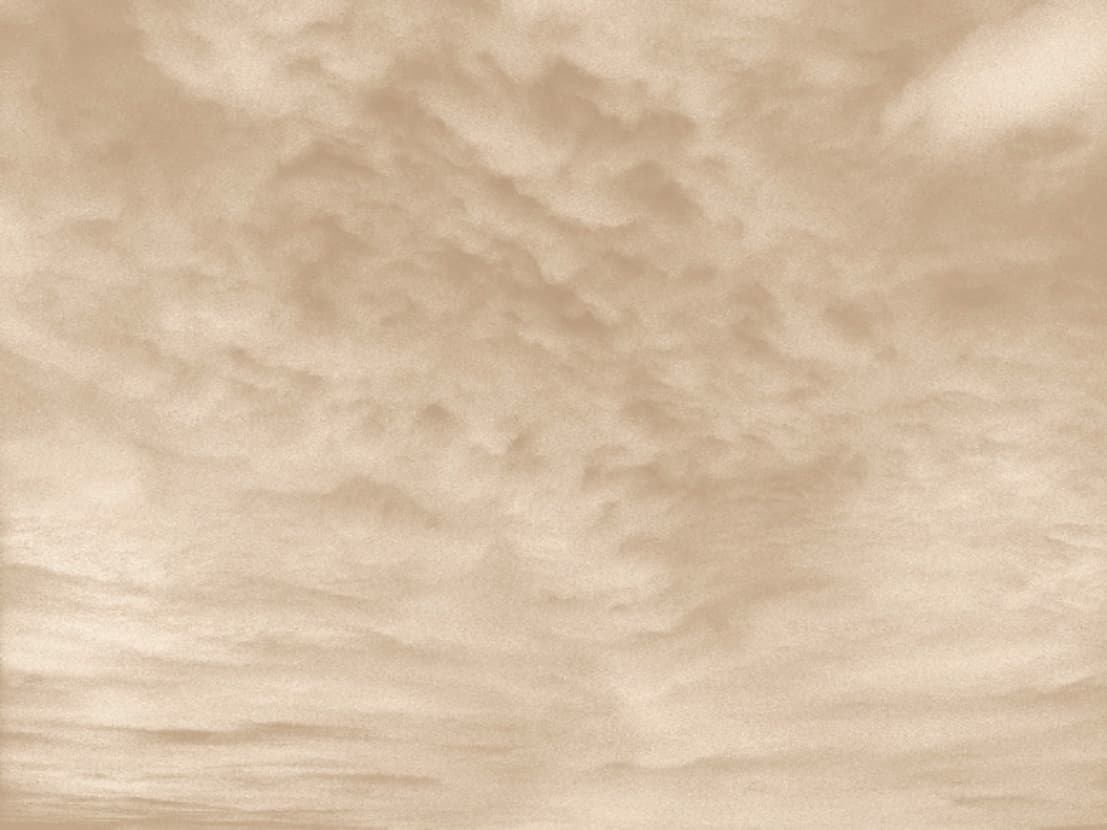