The exhibitions On the Beach and the Difference between chocolate and leather were originally conceived as one installation but were shown separately within weeks of each other; together they might have been called Fear of Travelling.

On the Beach was an exhibition consisting of a selection of twelve images, some historical, some taken from travel brochures and some I had taken myself on various voyages to the Columbia choke rainforest.  These were all silkscreened onto the back of glass using varnish and domestic dirt.

Two life-sized models for saddles, one covered in chocolate and the other covered in leather matching the color of the chocolate, were presented on plinths, the chocolate version slightly higher than the leather one.  The chocolate saddle was upside down showing the underneath whilst the leather version was the right way up.

In front of the plinths, displayed in a line, were the negative casts of a Amazon saddle,  in plaster.  Visible on the inside of the casts were the traces of the leather stitching .  Sticking out of the casts were blue nylon ropes which had been used to prise the casts away from the original saddle.

The final element of the exhibition was a white men’s shirt which had gloves sewn onto the sleeves.  The pattern had been cut out of the shirts itself.  It was hung in such a way as to turn the sleeves into vessels, like vases opening at the shoulders and ending in the gloves.  A video showing the making of the shirt played continuously without color or sound. 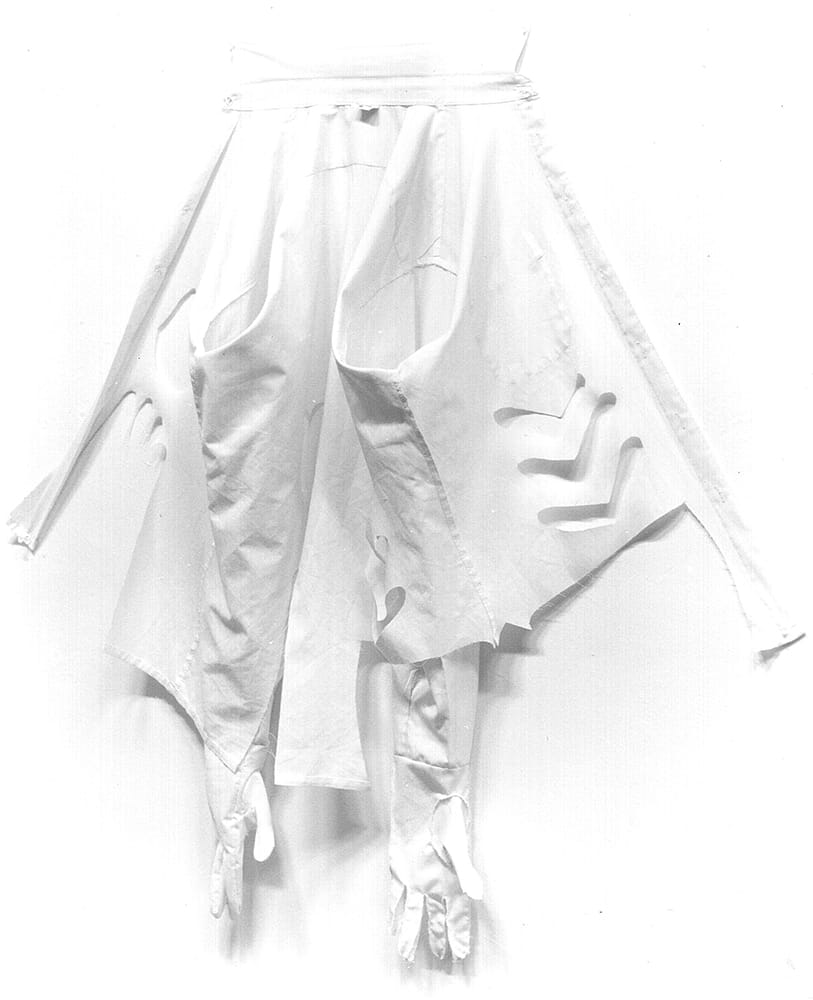 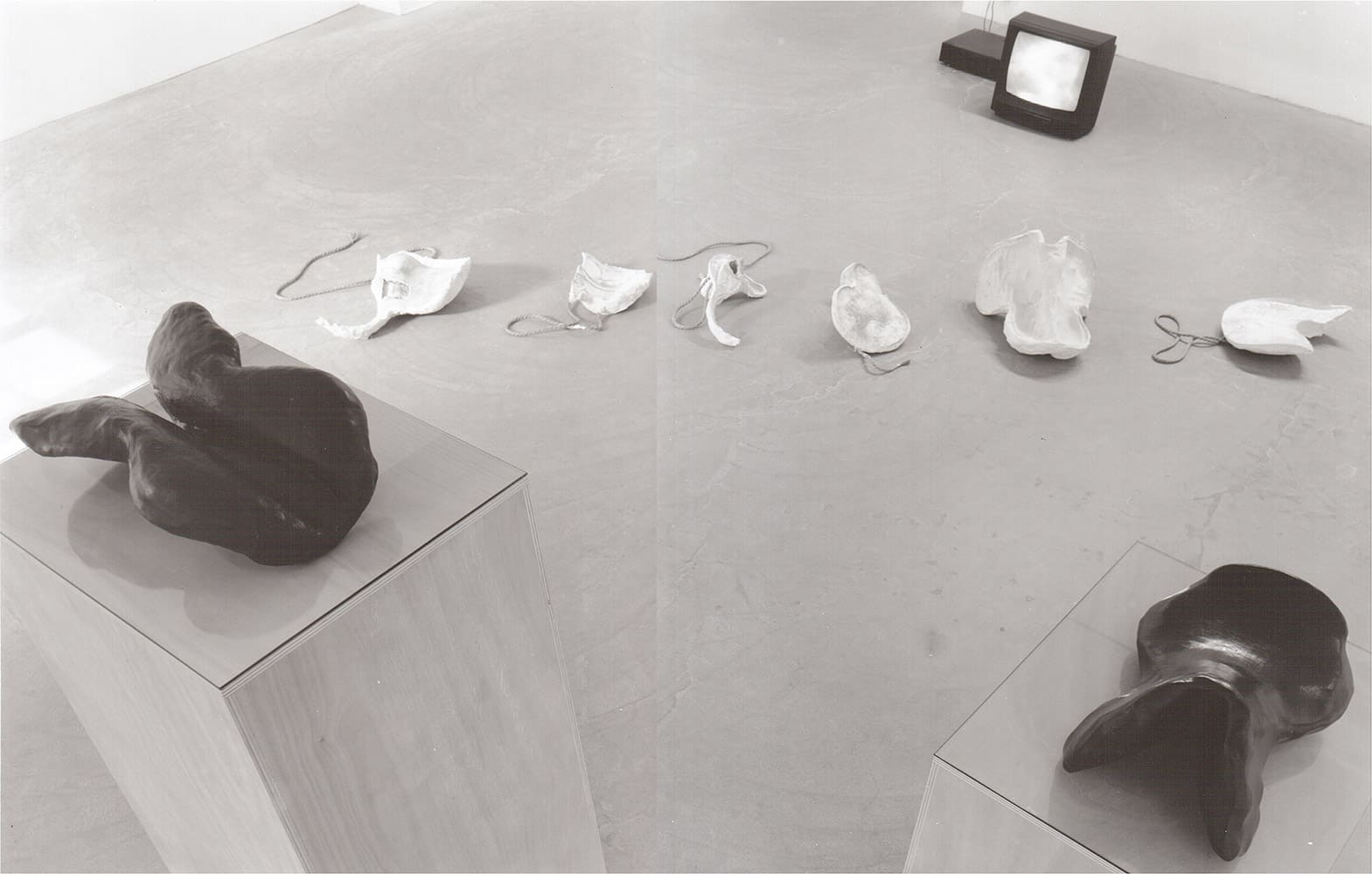 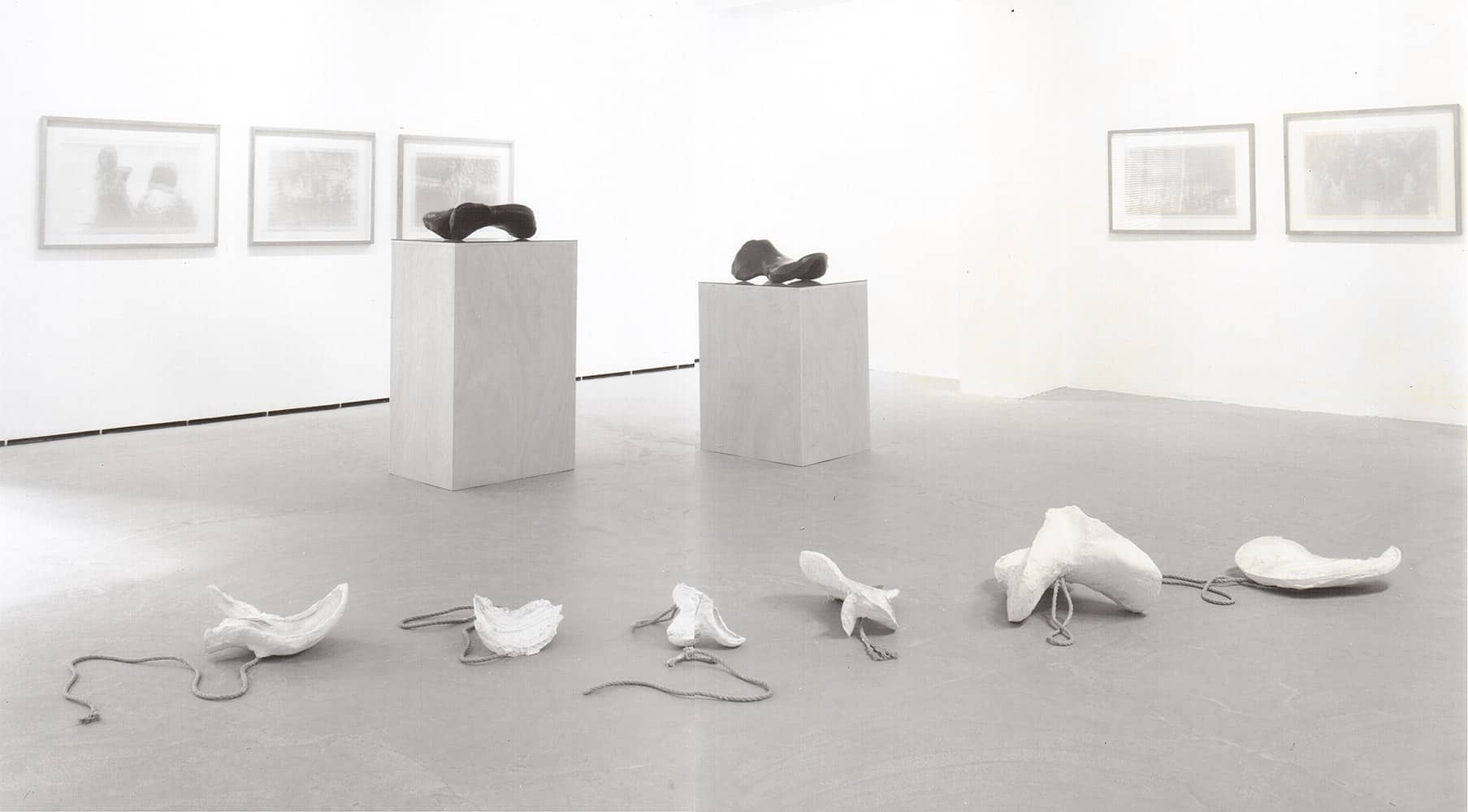