“Paradise Day” is an installation built around a video of the same name. The video tells the story of a young man who dreams that he wants to fall in love but is forbidden to do so by the people around him. Determined to nonetheless achieve his goal he observes and watches all their movements and gestures, which, like a game of Chinese whispers, leads him astray. The final outcome appears to be a perversion of his original aim, as it reflects almost unwittingly his observations of the people around him, rather than his goal of falling in love. The rest of the Installation consists of three large oval cabinets, three metres long, one metre wide and two and a half metres high. It’s structure is wooden and the walls are made of translucent curtain material, the kind that allows you to look out but not in, thereby checking the view into the interior of the cabinets. All three cabinets are open at the top allowing the light to enter. The first cabinet contains five white caps made of white damask material, with a leaf and grape pattern, white on white. These caps have holes cut out of the sunshades that hide the face, to allow the wearer to see without being identified. A large copper coil passes through these eyeholes, connecting the caps with three objects. The first object is chromed. It is a phallic grip that turns into a mirror, which is twisted back onto the grip in a gesture of self-inspection. The other two objects are almost identical, except that they are transparent, one of them ending in the replica of a mirror and the other in a spoon. This whole arrangement lies on a beige blanket.
The middle oval cabinet contains the negative chocolate casts from a horse saddle. The third oval cabinet contains three white damask shirts with the same leaf and grape pattern white on white as the caps. The shirtsleeves end in gloves made for different handgrips and gestures. One of these is made for the open palm and lies stretched out, reflecting in the leather mirror, which was made by the main protagonist in the video. The surplus of the unused cowhide stretches out behind the mirror like a comet. 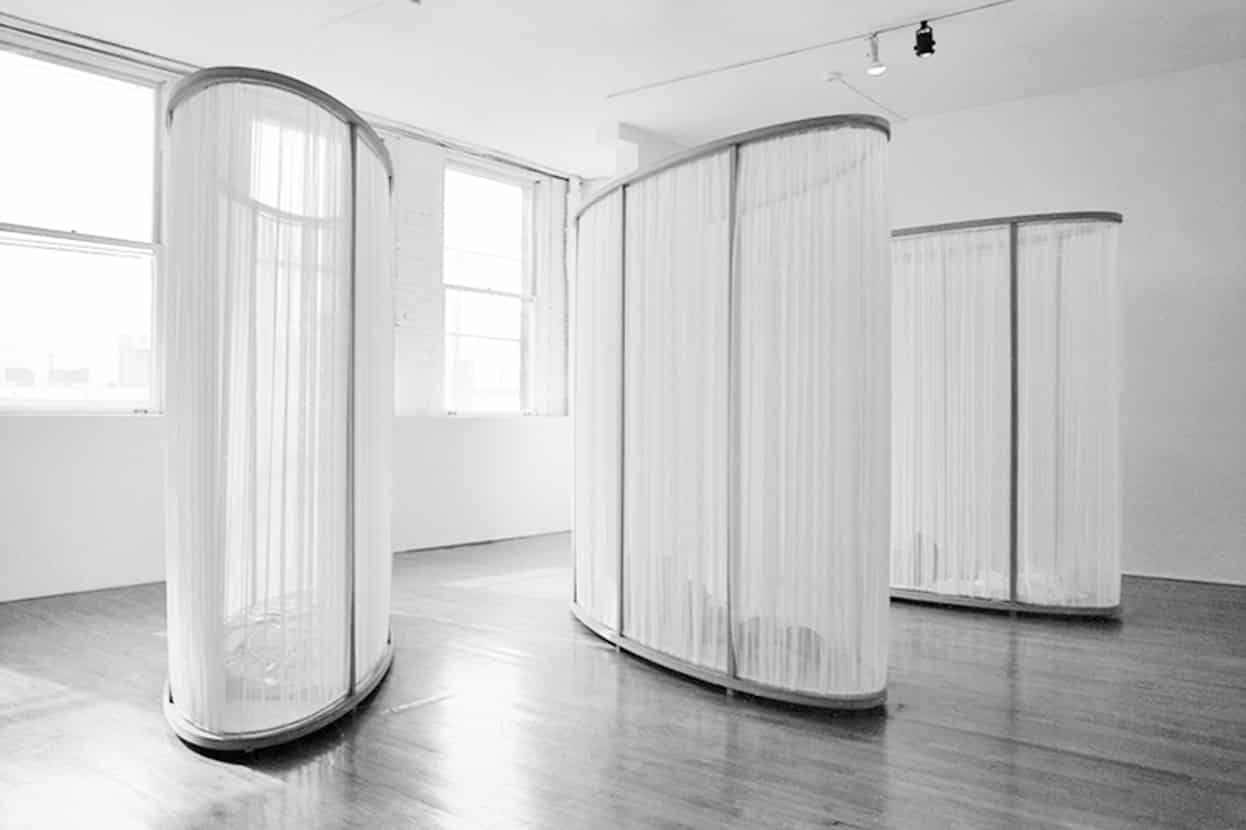