Being German implies (still, to this day) having to bear that terrible burden we all know about, without even having shared in its ideals nor having taken part in any way. And from this arises a problem of identity. How does one construct an identity, or a self to present to others, knowing that the very foundation of this construction is already judged as “evil”? How can one be, and be seen by others, if they must start by forgetting, by denying their own history?
These questions of identity, which weigh as heavily on the memory (in the form our sorrows and regrets) as they do on the alter-ego (in terms of our conception of self) give shape to much of the recent work of Markus Hansen.
This preface is a thread that allows us to follow the work all the way back to the heart of his studio. Indeed, memory is a kind of heritage of the individual being. We are each, in a certain way, a pileup of memories. But in what way does the memory really represent me? To what extent would I become someone else if I were to redefine or ‘falsify’ my memories? How do we replace memories that we have deliberately erased, leaving a murky, shadowy chaos in the midst of an otherwise illuminated picture?
This is the question that Markus Hansen posed himself in the creation of the set of four works in chalk on blackboard that hang imposingly from the four main walls of his studio. These four pieces, one of which you might have had the chance to see during Gaël Charbau’s exhibit “L’Exil,” surround you and force themselves on you. It is impossible to contradict their veracity or to call them into question. By sheer virtue of their format, and their disposition, they are entirely gripping.
All these callbacks to childhood. Already in the form, the blackboard and the chalk, but in the content as well. The images, with their vaguely defined borders, seem to leap straight from the tales of Hansel and Gretel. Their meticulous crafting, in chalk and pigment, infuses them with an immense fragility, fundamentally characteristic of memory, but also with a terrific informality. A drawing is seen as a representation, an interpretation which, like photography, has always owed a little something to evidence and memory. And these four drawings have been carried out by Markus Hansen with the aim of reconstituting a memory. Taking refuge in the fairy tales and lullabies of his childhood, the artist here delivers a series of representations that do them justice, that openly and deliberately replace the images that symbolize Germany’s past and its cumbersome heritage.

From out of the void, and from the erasure of recollection, a light emerges in the shadows and redefines the boundaries of memory. 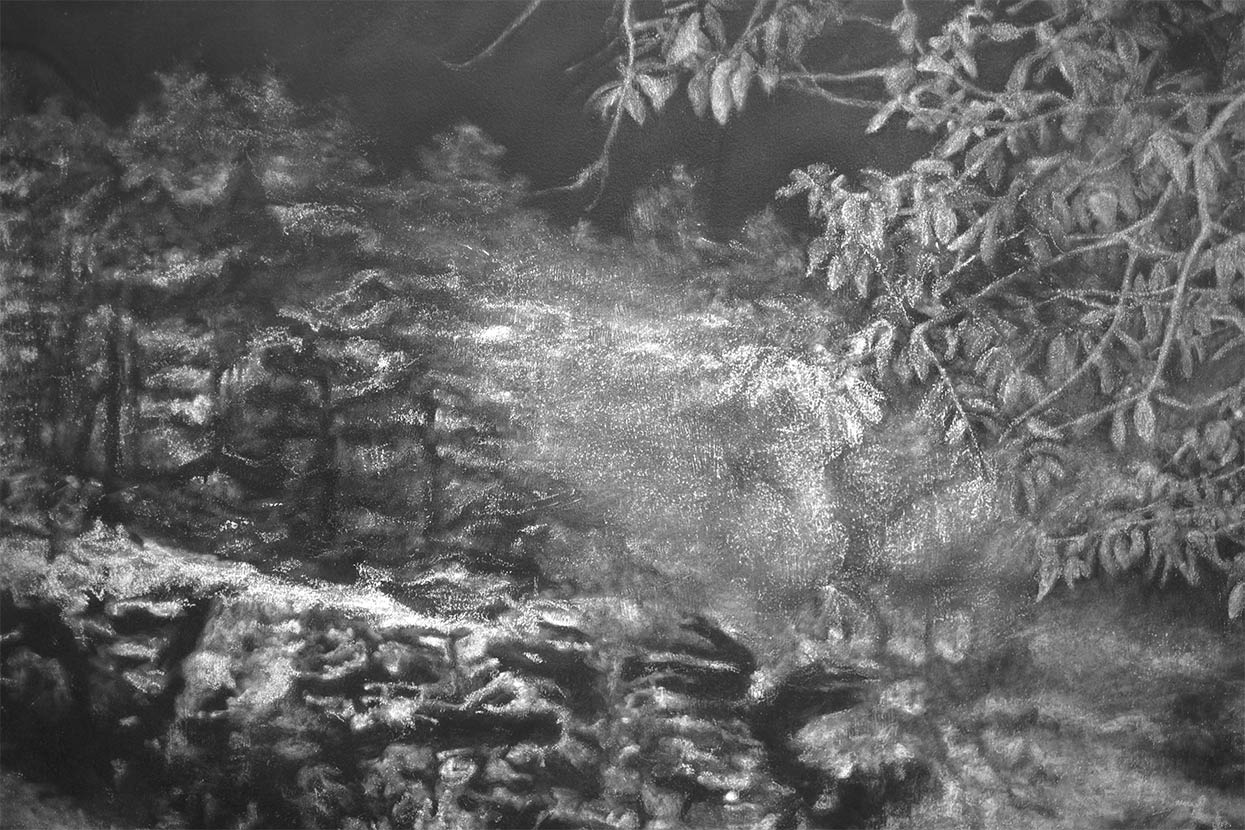 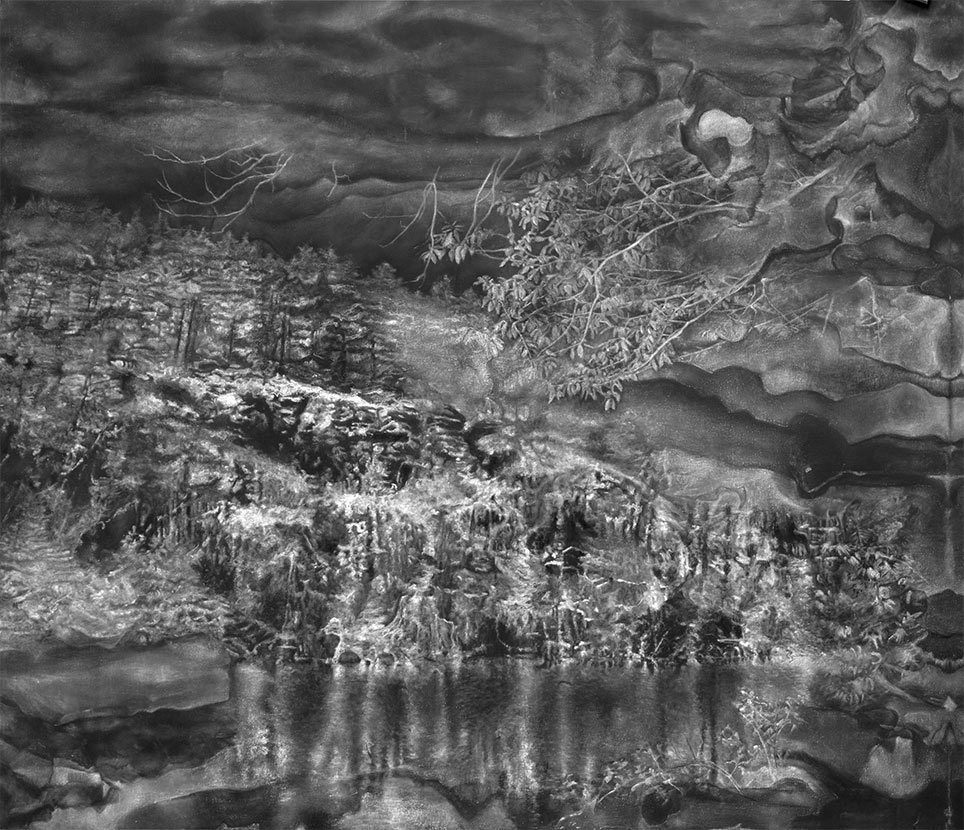 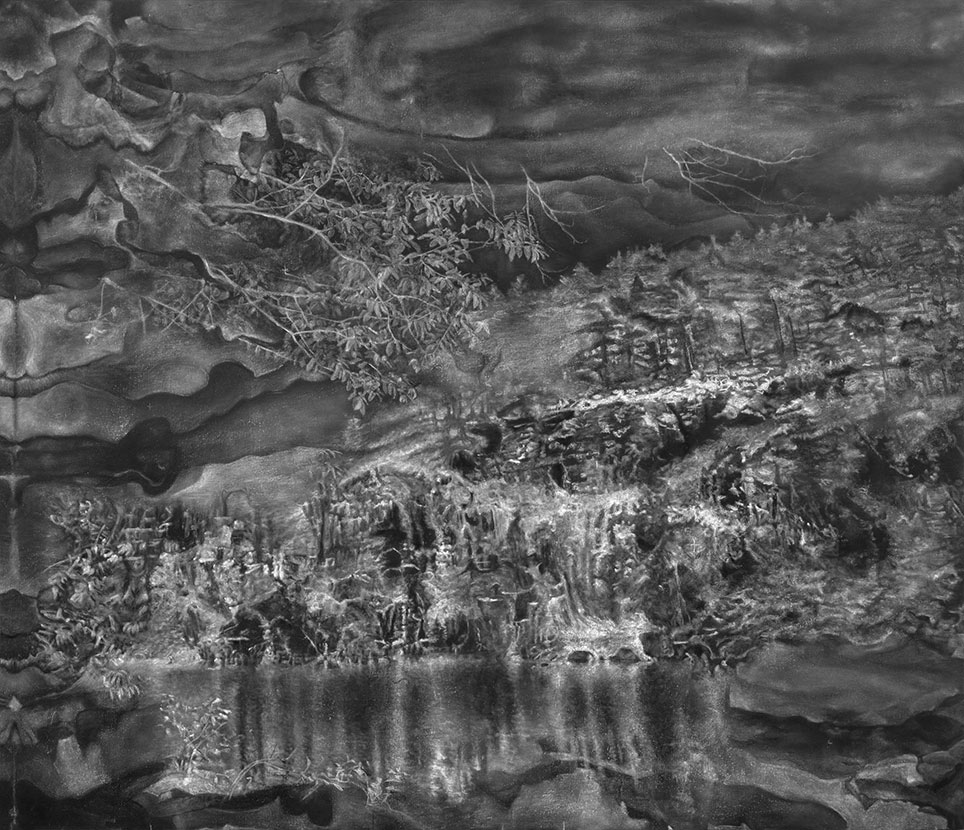 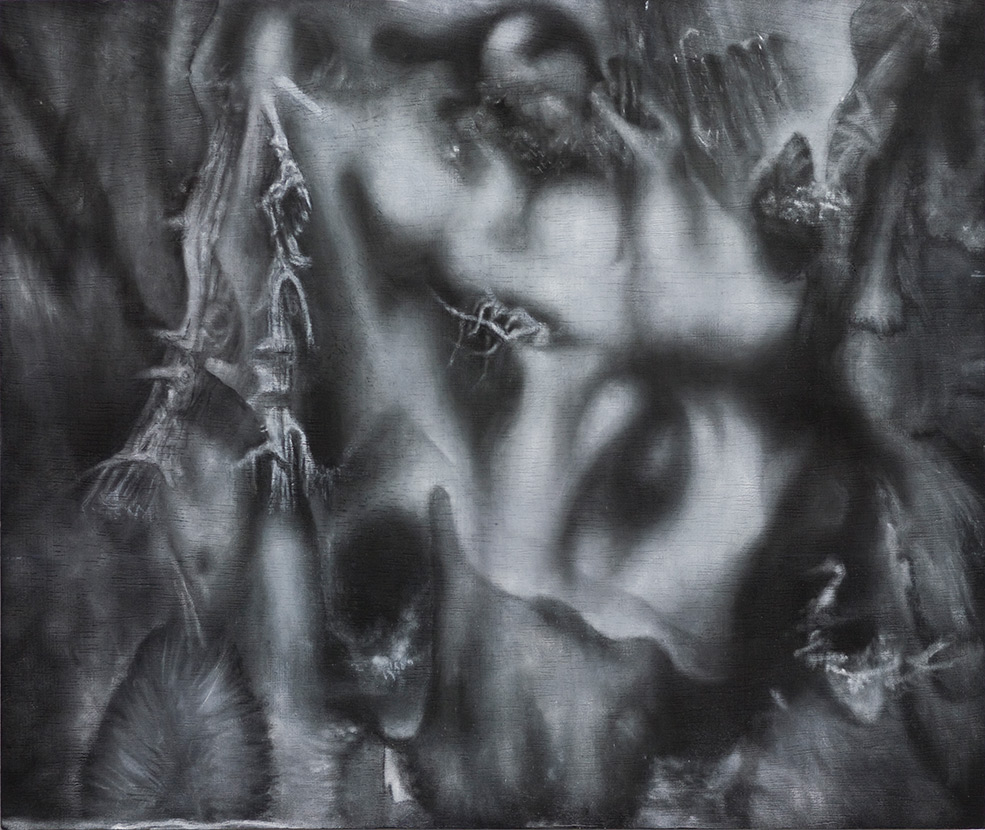 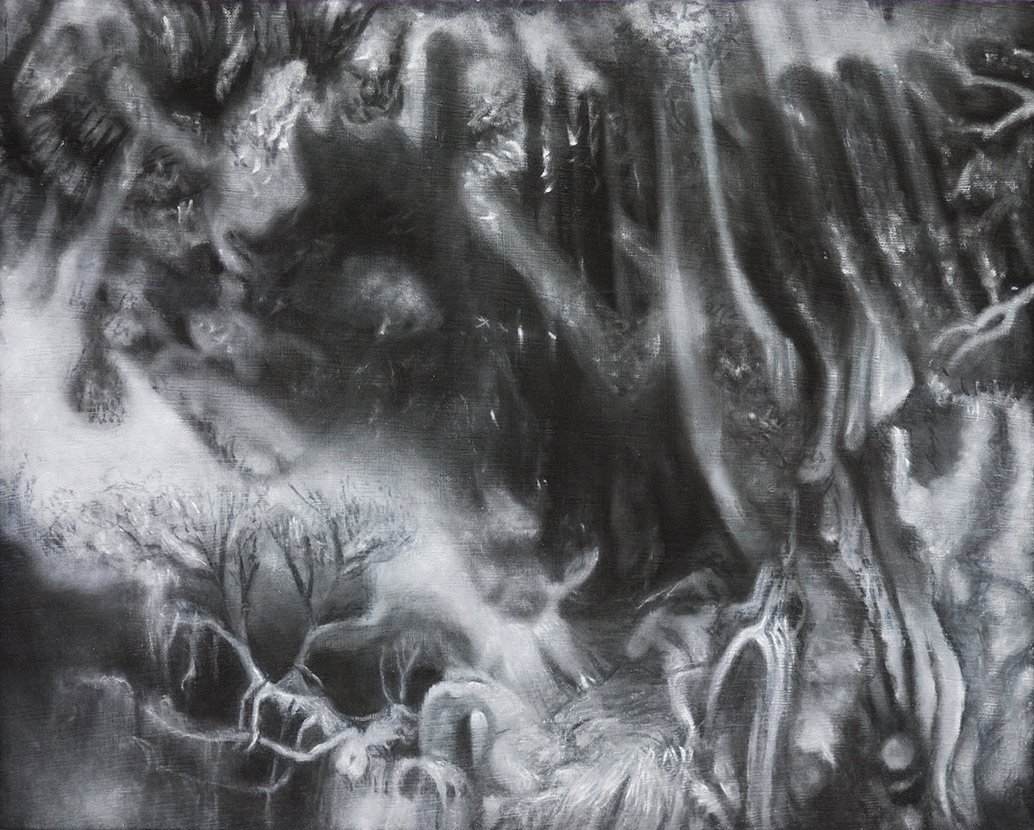 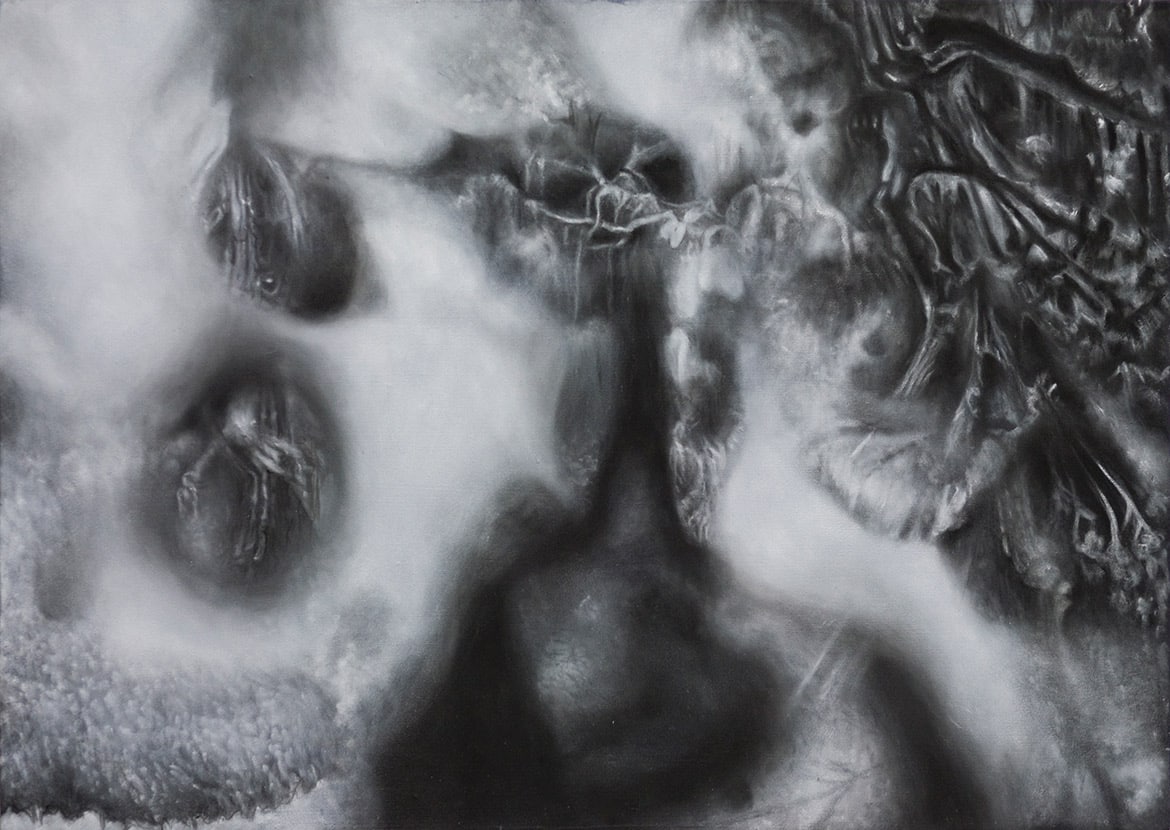