Volkswagen is a proposed piece that would fit naturally in the framework of Each Man Kills the Thing He Loves. More important and more complex, it doesn’t at all depend on the cognitive trap of being contingent on the preexistence of some certain order to our perception. Humans, being all too human, we are always ensnared by a mirror, and if the throbbing music of Each Man Kills the Thing He Loves seems to console us in that discovery, here it’s a different anger that has its eye on us. After all, Volkswagen is still an accident, an event as undesirable as it is unpredictable, and the anxiety it provokes in us is only amplifed by the damage to such a beautiful Volkswagen, whose frosted glass would otherwise not betray the slightest scratch.

The first sensation that begins to form is therefore very personal, even verging on dreamlike. Might the piece be invoking a psychic accident? It could equally be signaling the end for an embraceable symbol of the fourishing industrial society. The end of middle class ideals that incarnated so well in these vehicles that carried them on the roads of happiness toward holidays and paid vacations. This could be the end of an era, the lingering consciousness of times gone by.

But no. I’d rather leave it to you to guess at what might be in store. And that instant of terror would rather leave itself, once more, right where we least expect it. In contrast to this entirely fictional violence, fabricated from the ground up, this very real non-perception of the self, in absence of a reflected presence, forces each of us to confront the abyss of his own nonexistence. A much greater danger than the little trivialities of the economy ; it’s the danger of our own nothingness. 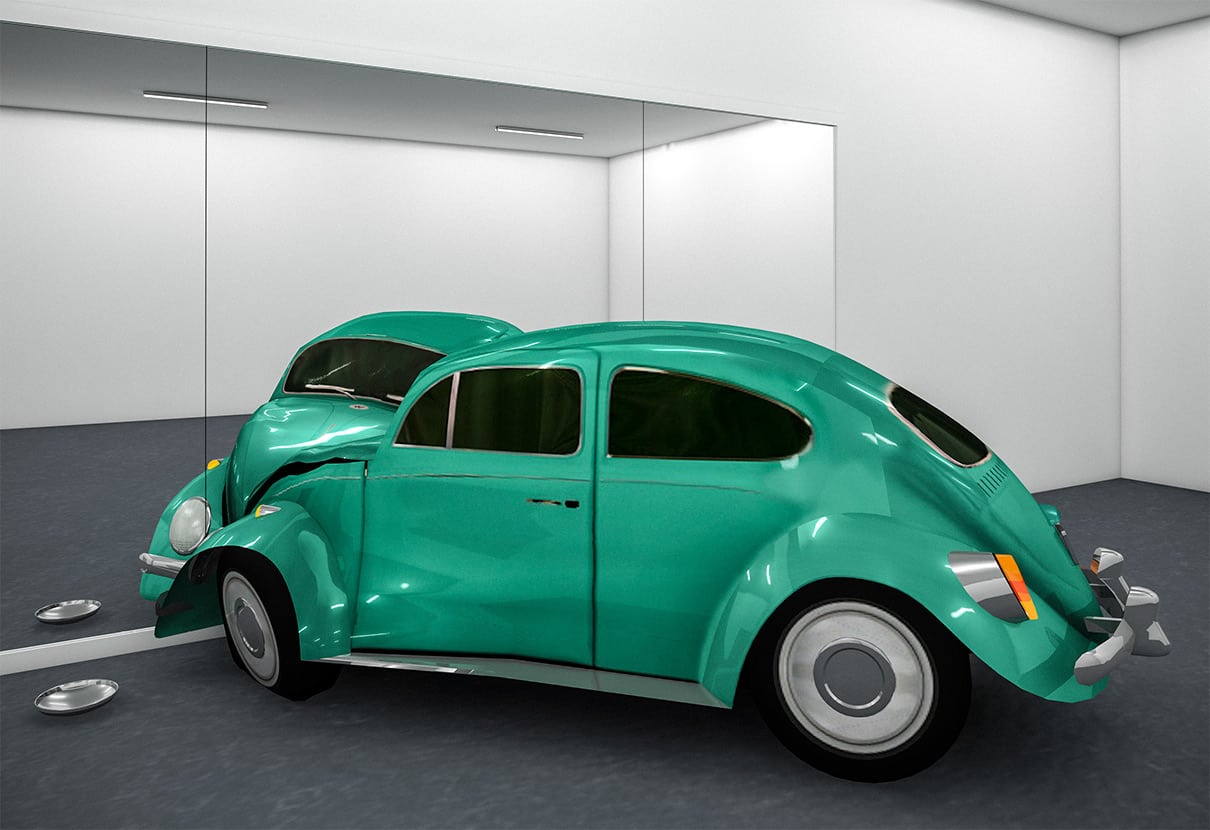 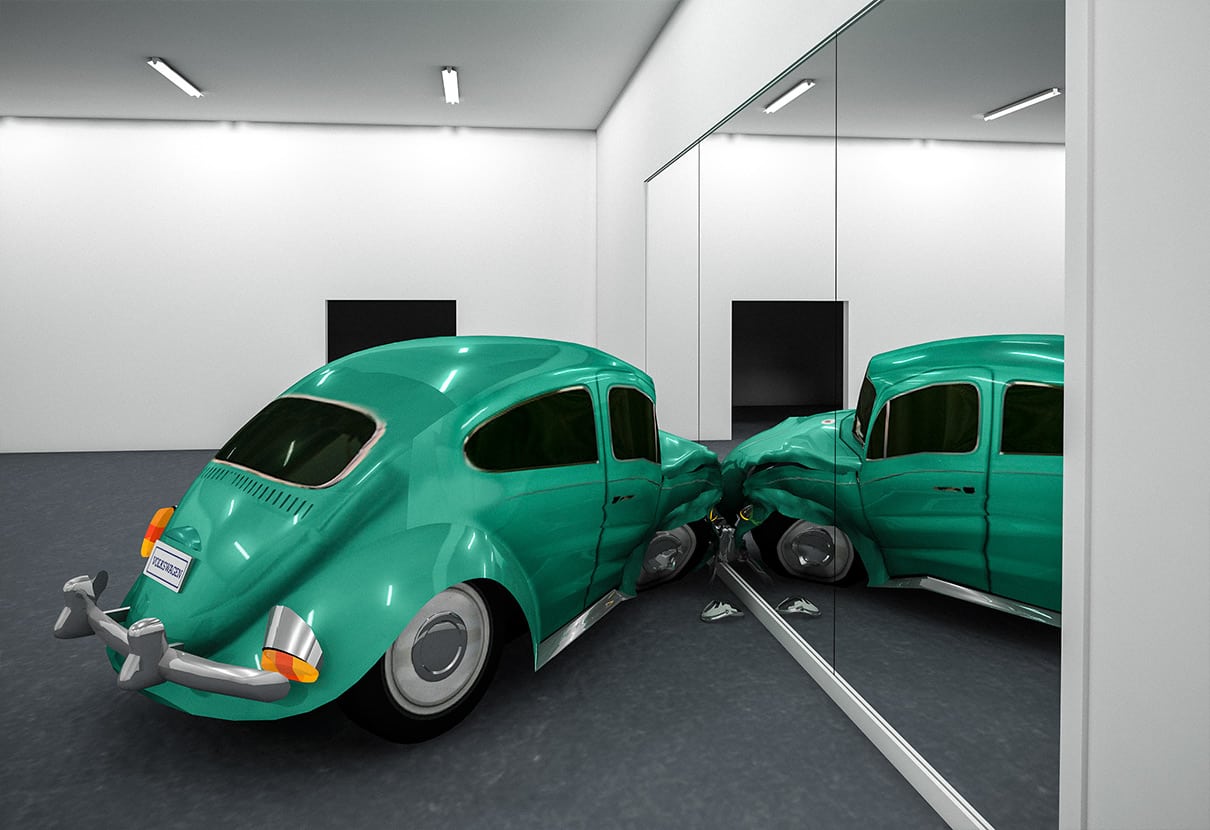 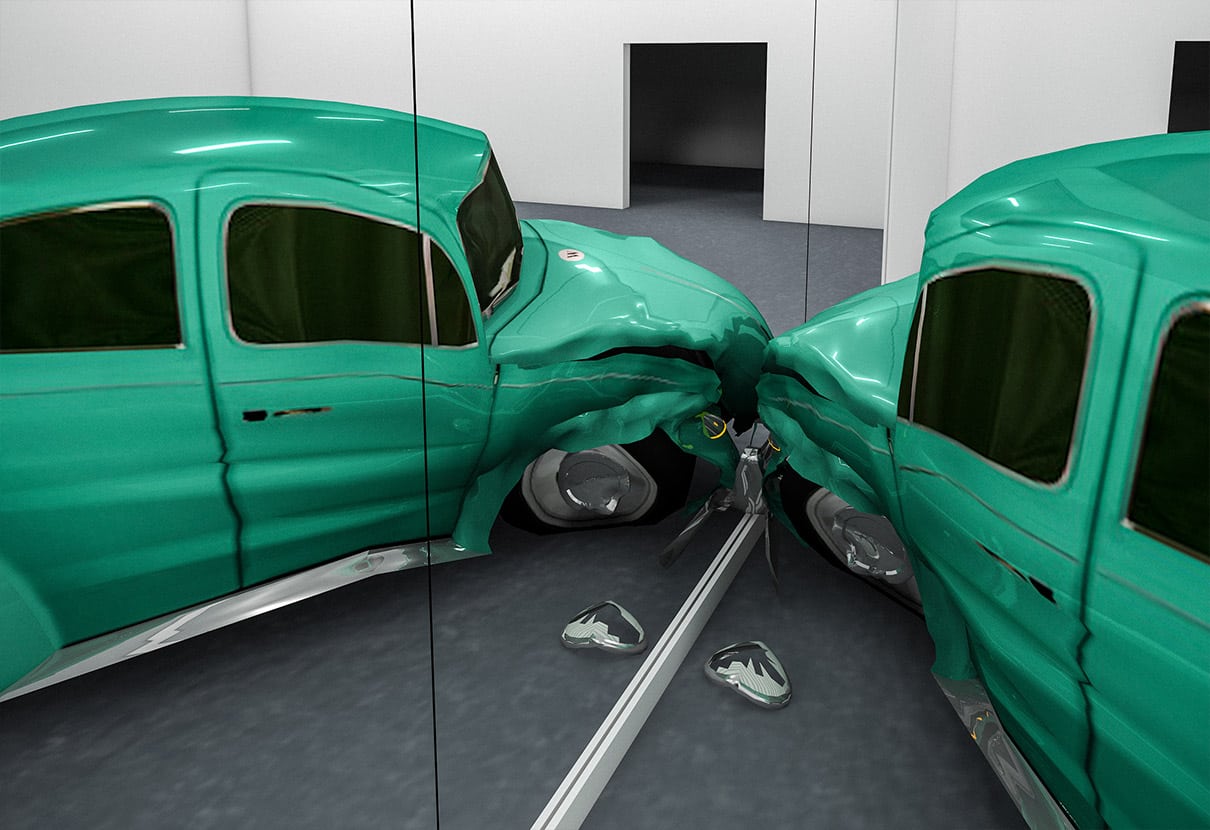