Dürer’s images generously decorated my room as a child in Germany. The ‘Praying Hands’, ‘The Rabbit’, ‘Melancholia’ etc. He embodied the protestant genius and had been the official artist of the Nazis. In 1493 the young Albrecht Dürer drew six pillows, probably the same one in six different states, as if distorted and tortured by nightmares. The style is characteristic of Dürer, between expressionist charicature and corporeal hyper-realism and yet their layout is reminiscent of Carl Andre’s Bricks in the Tate. The image of these pillows came back to me whilst I was making objects that were scatalogical, intestinal or phallic in form; chromed hygienic tools for narcississtic control freaks. 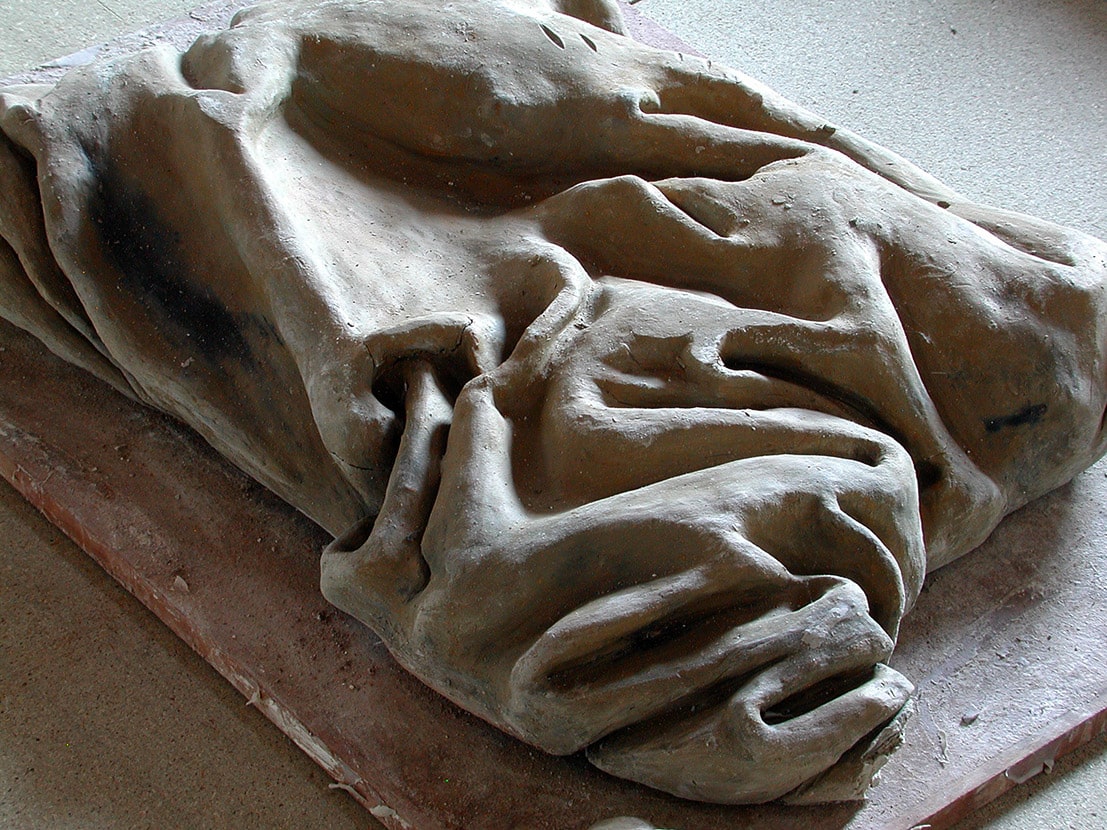 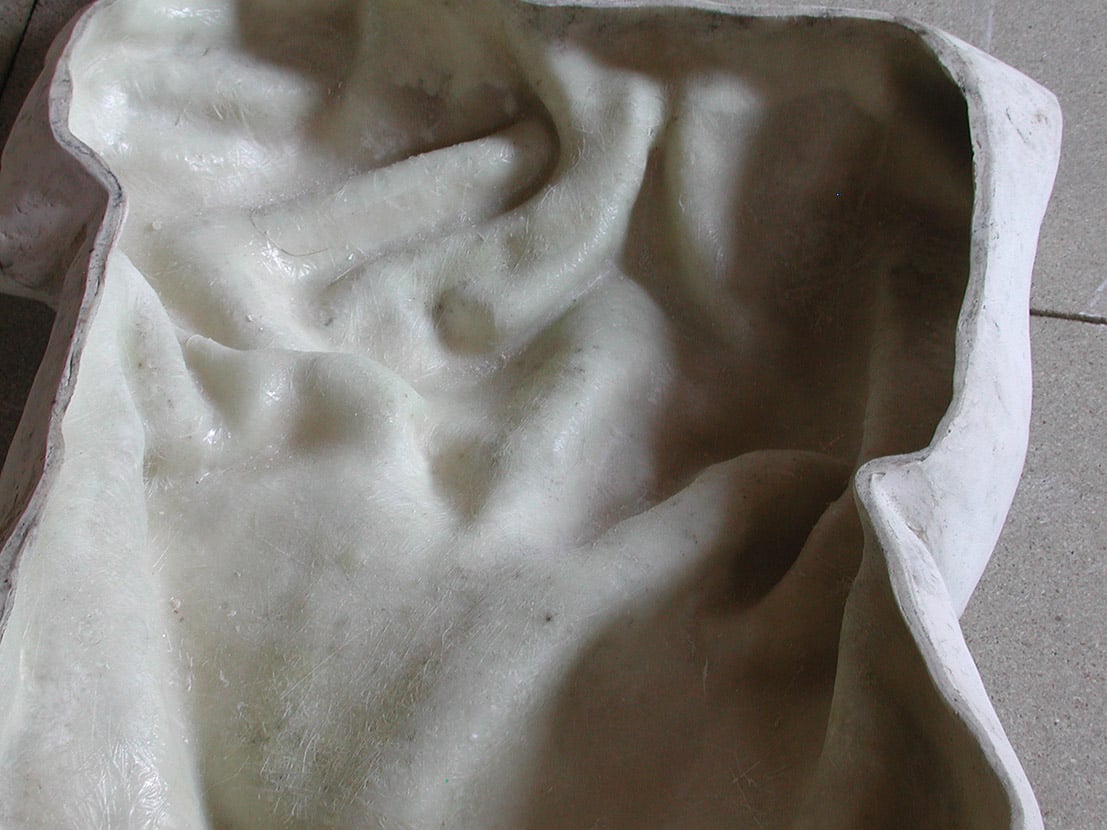 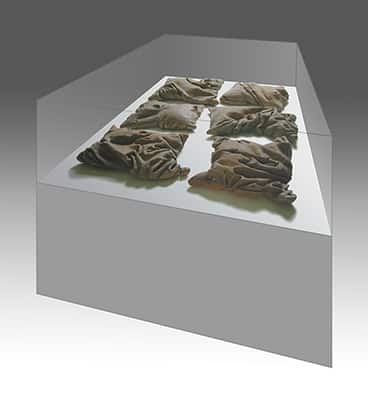 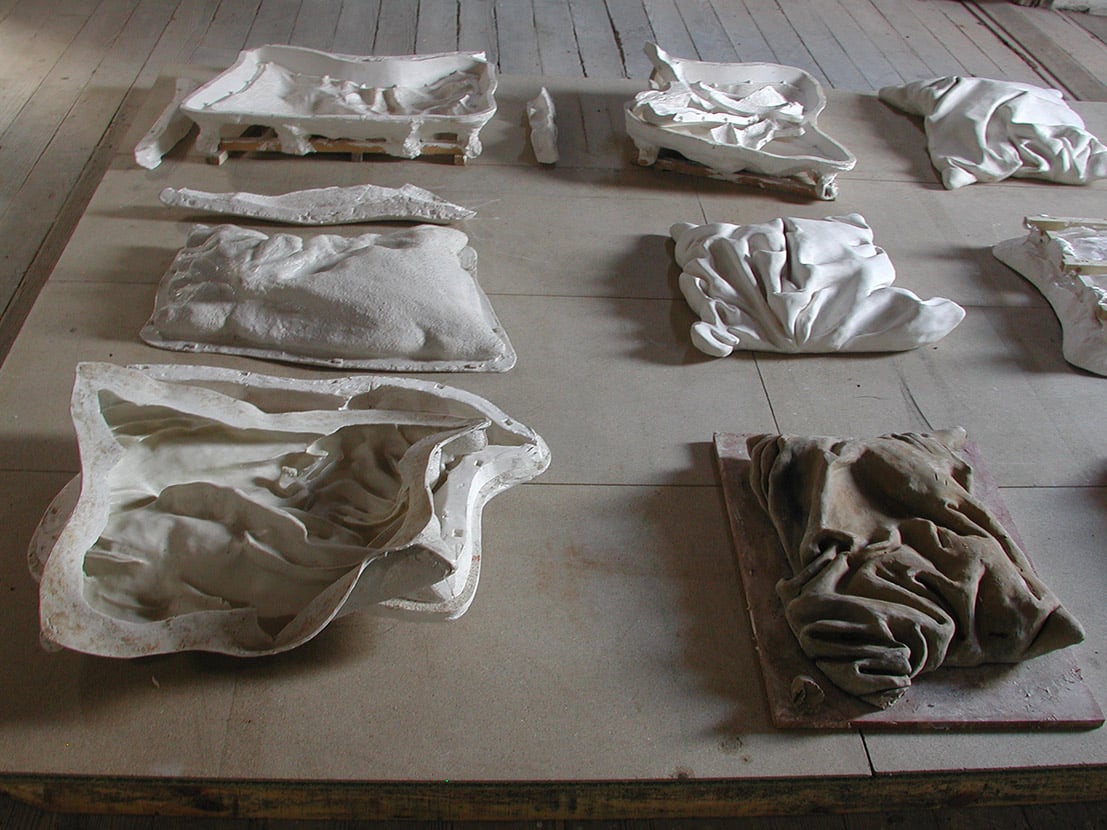 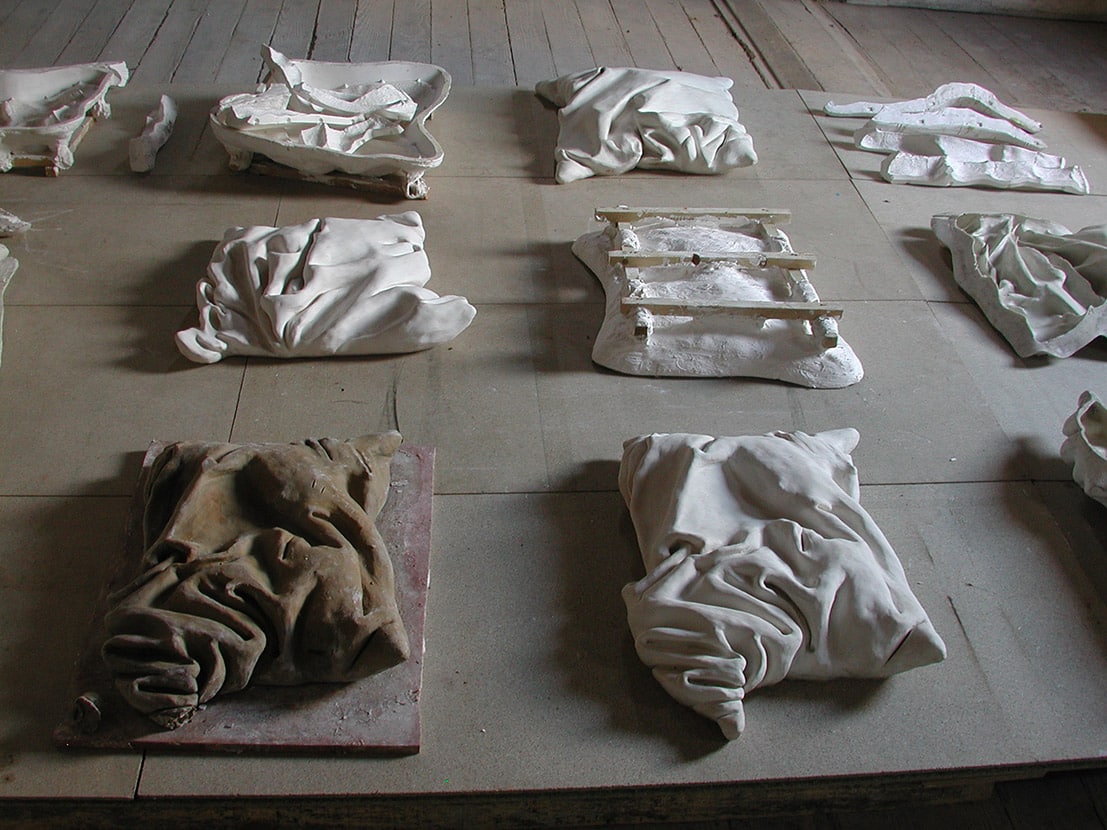 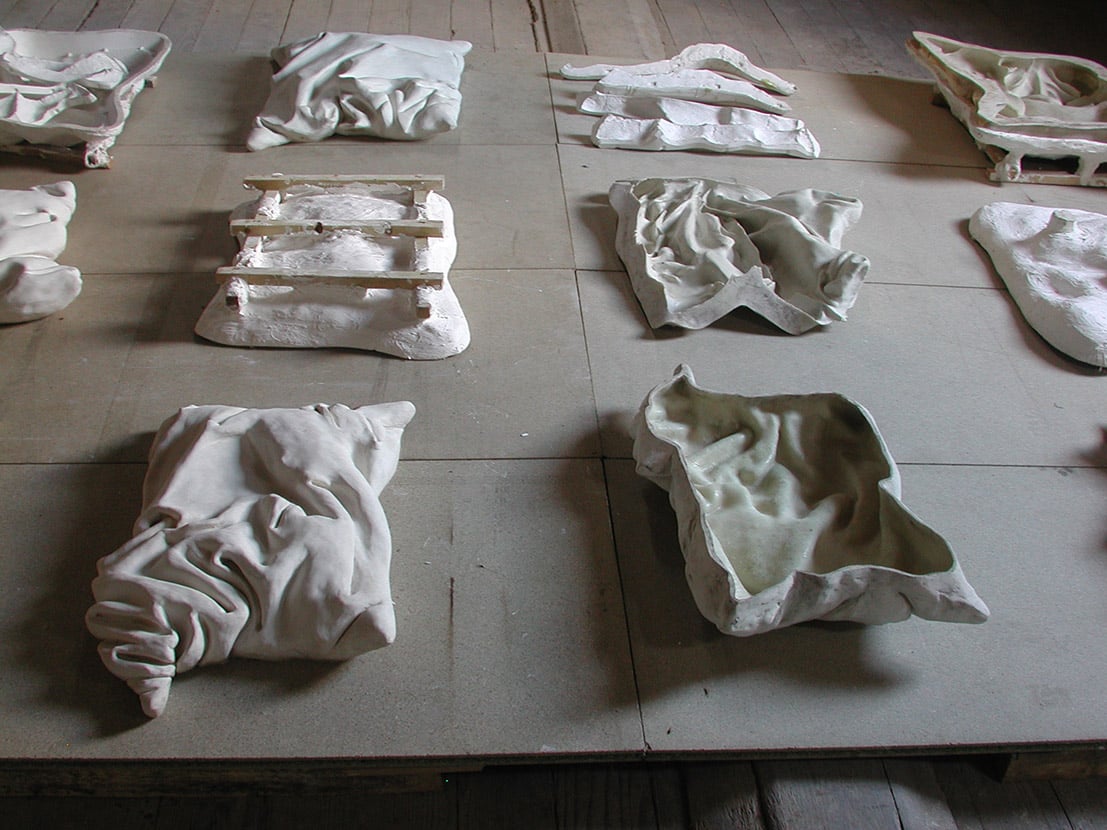 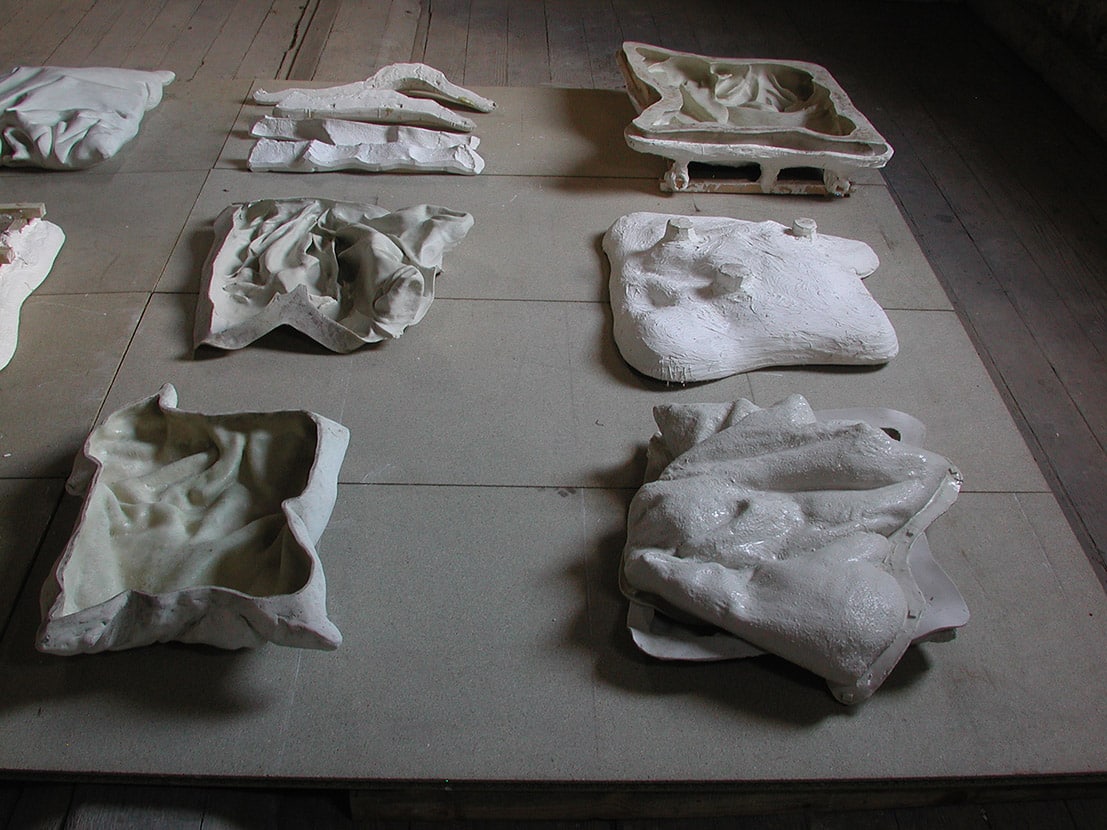 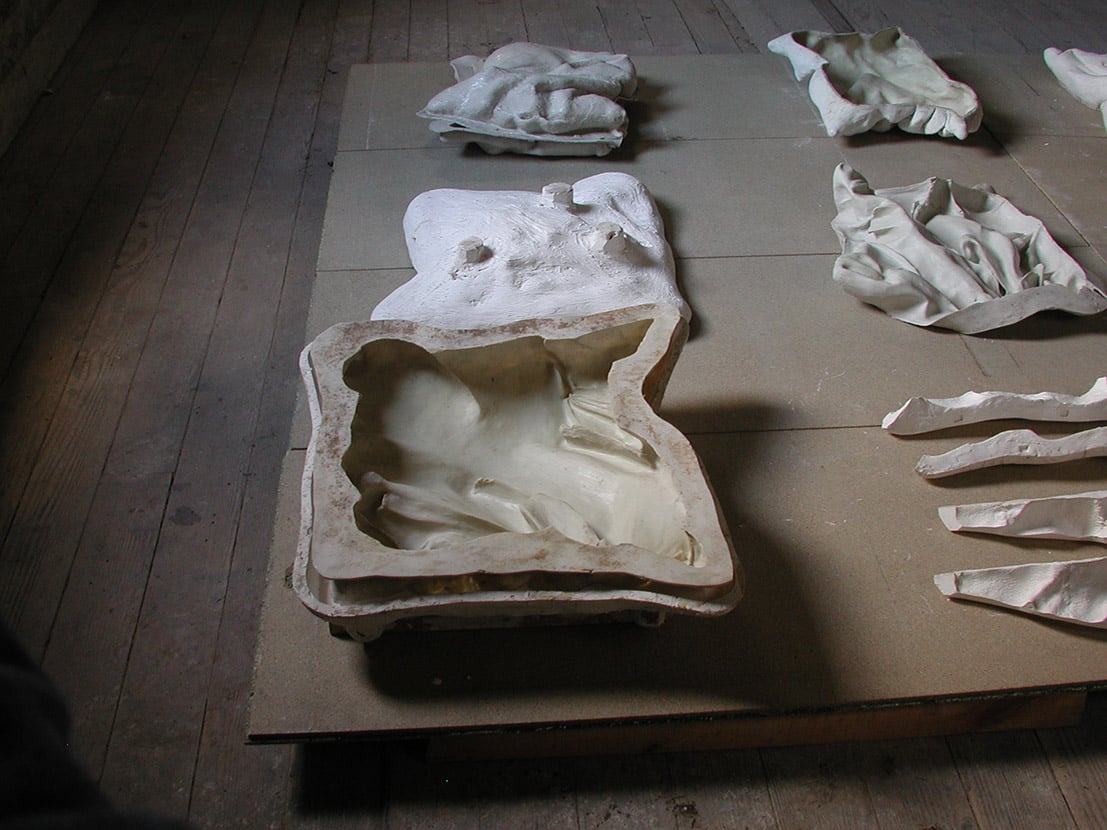 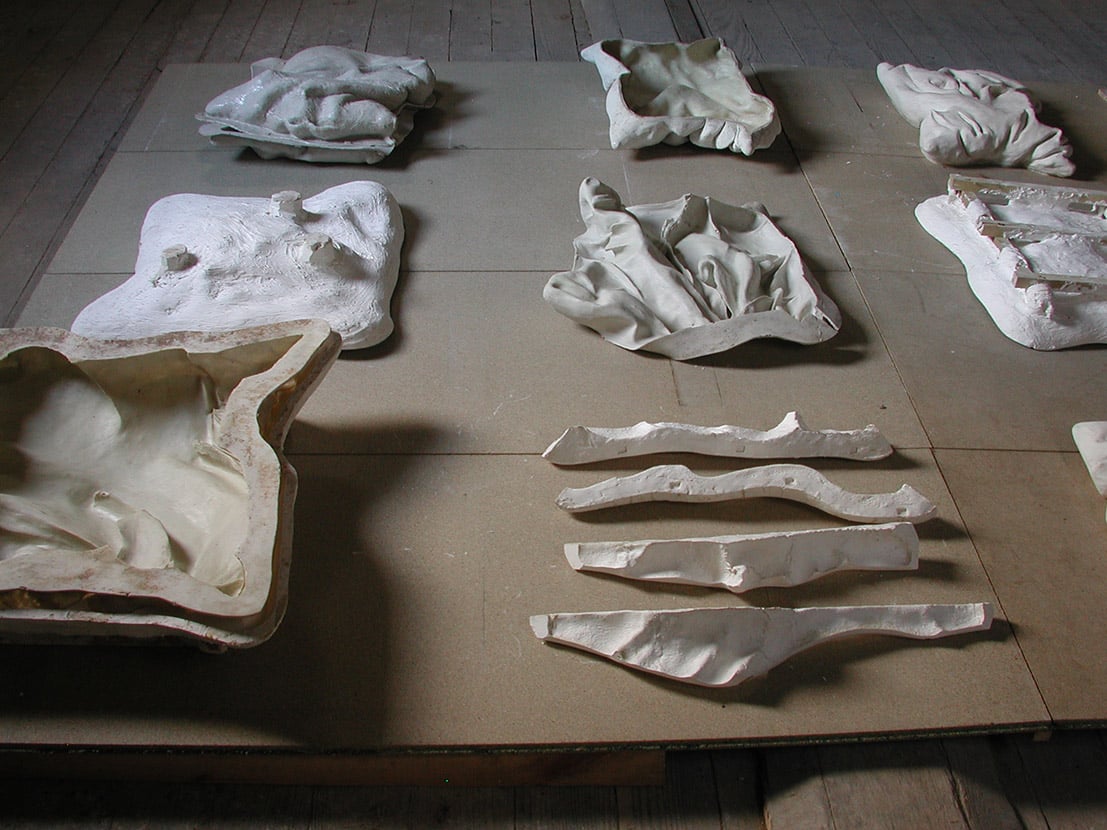 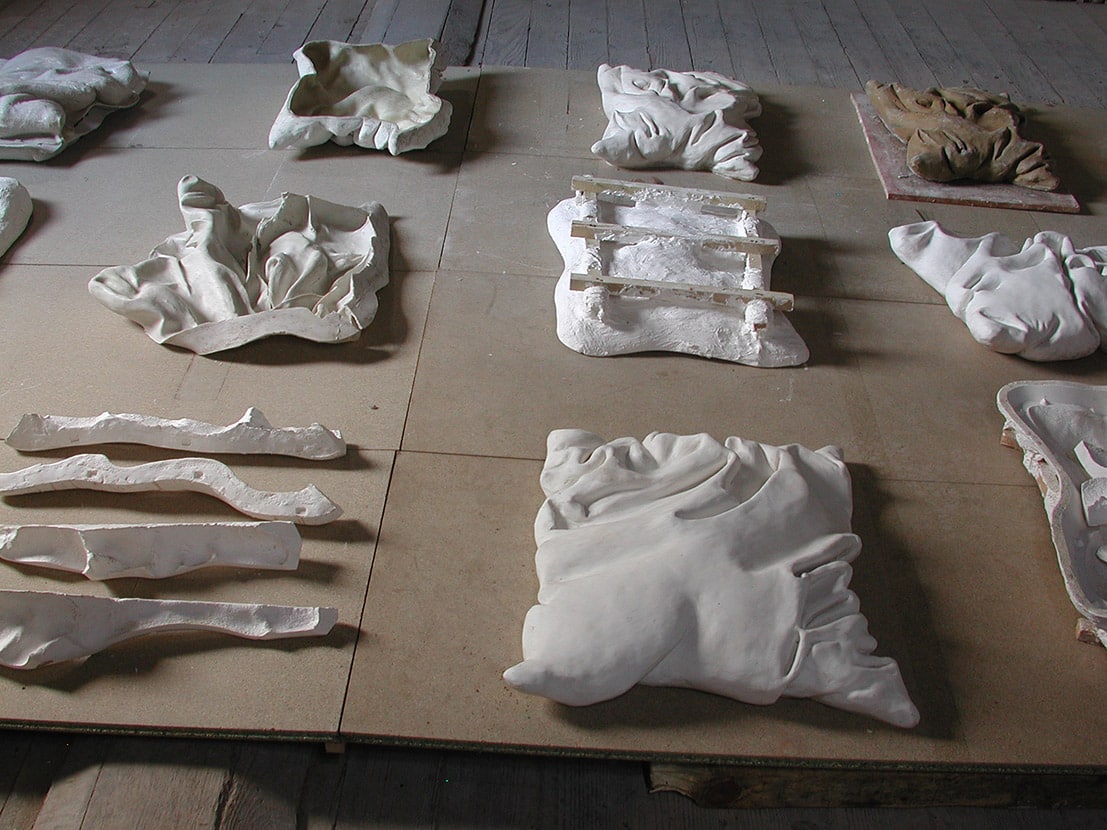 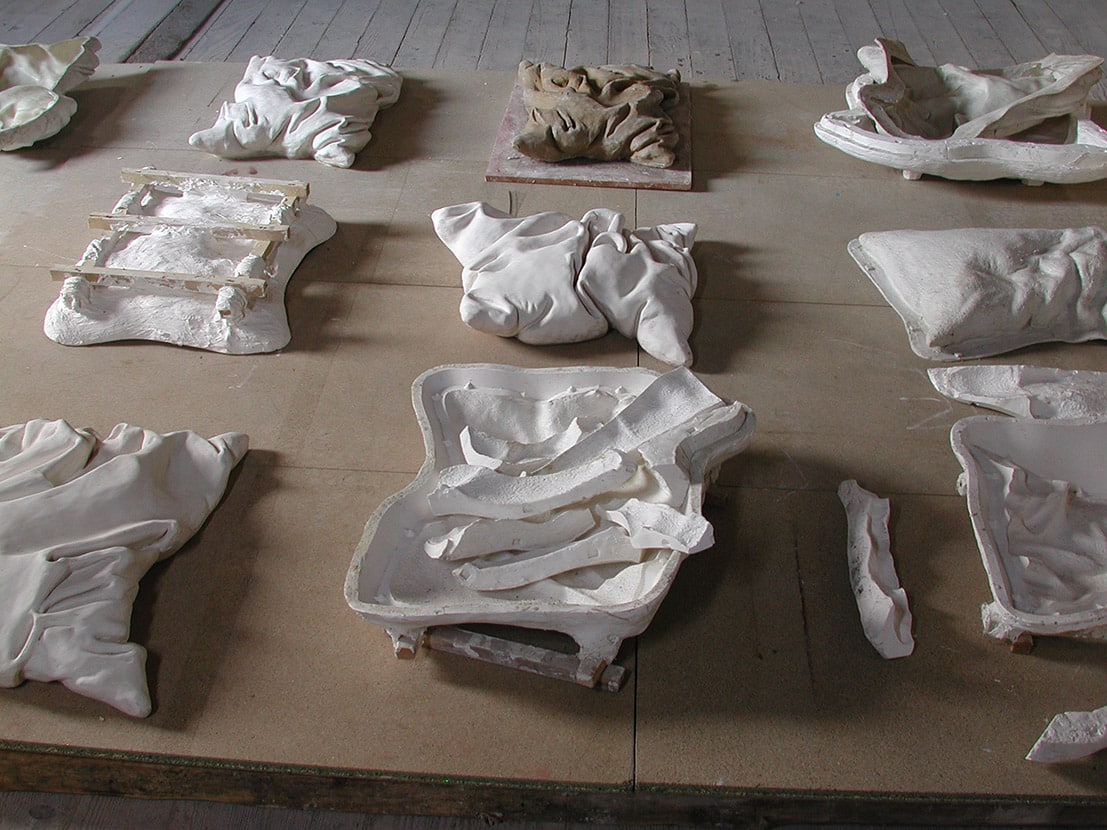 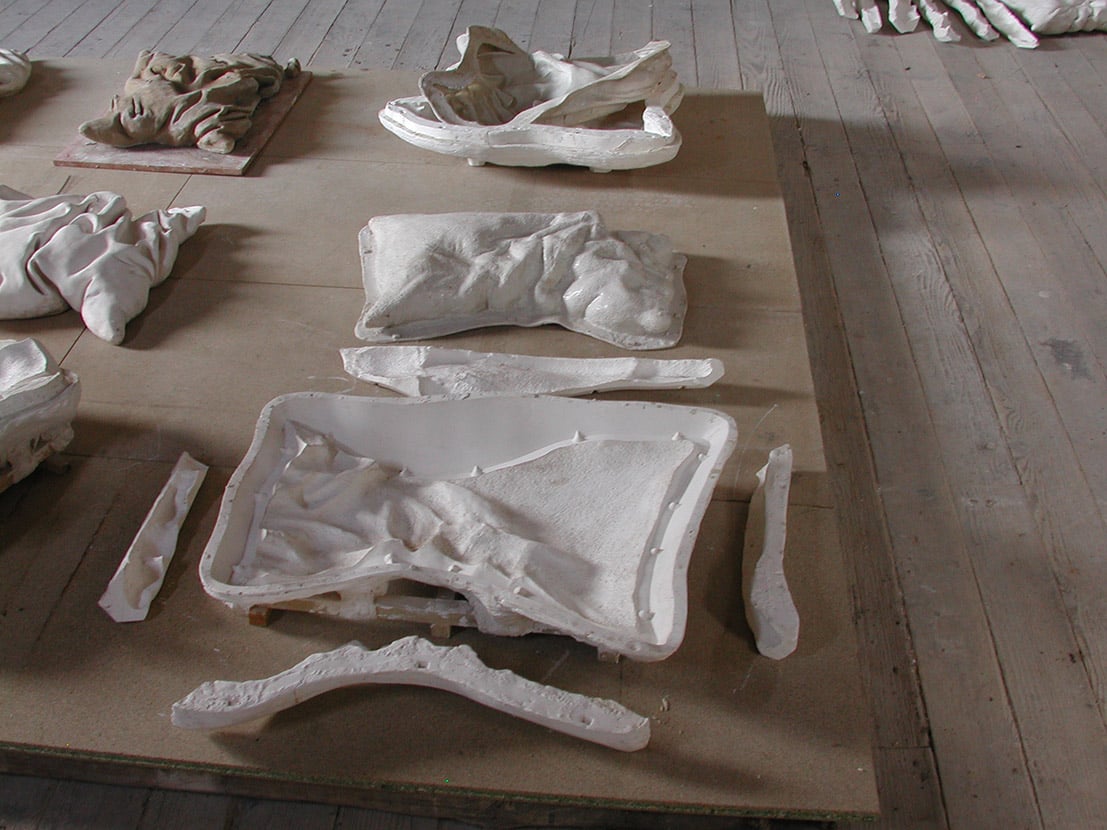 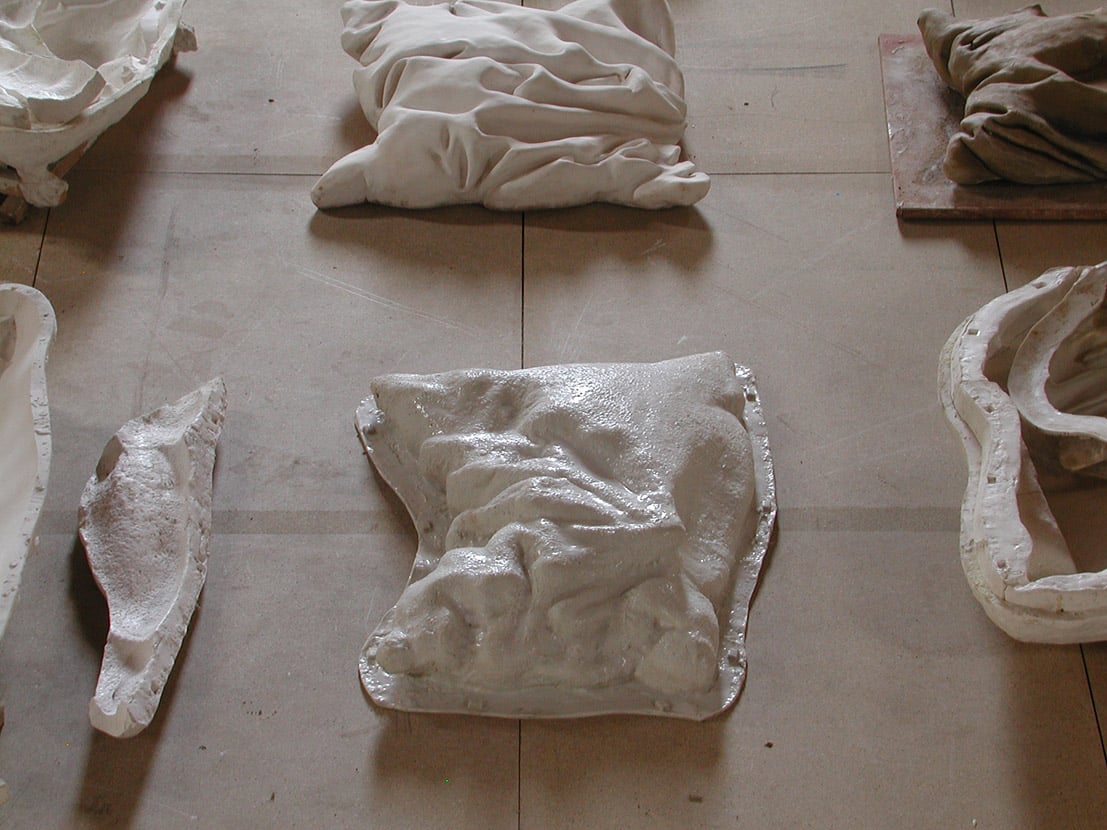 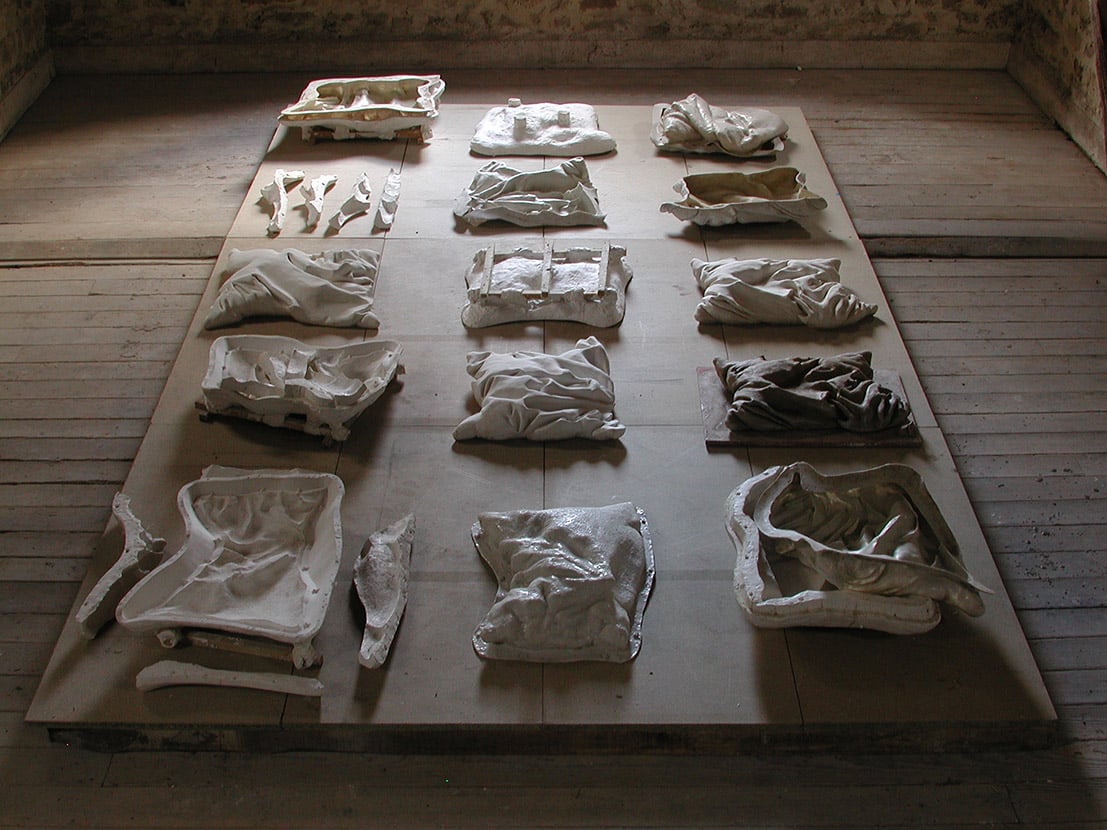 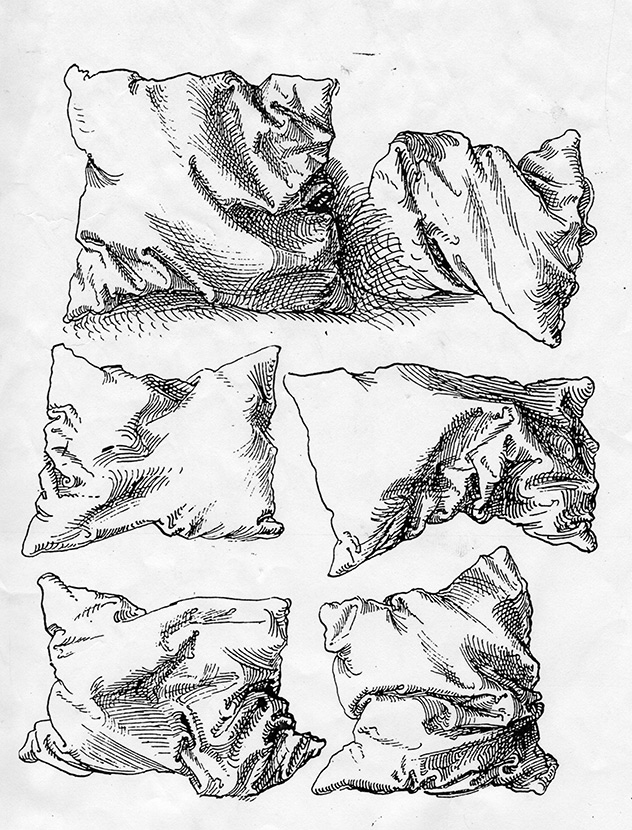