Stairway To Nowhere
Installation, Versailles Off 2005

Transforming the Allée du Roi, the green lawn that unrolls down towards the Grand Canal of Versailles, into a stairway that leads up into the night… Vanity of vanities.

Stairways are everywhere at Versailles: the Queen’s Stairway, the Ambassador’s Stairway, the One Hundred Steps of the Orangery… and drawn, in grass and light, a flight of eight steps that seem to climb up into the heavens, even as the grass itself actually follows a declining slope down to the waterside. The illusion works best from the location known as “The King’s Point of View,” but we can equally approach and ‘deconstruct’ the anamorphosis, discovering alternative abstract close-up views of the zones of shadows and light.

This installation embodies the ambivalence I feel when I find myself at Versailles. On the one hand, I think of the absolute power, and the human cost of all the wars and the never-ending construction projects that have gone into it. And on the other, I can’t deny that my gaze wanders peacefully over this garden, the very image of harmony, pleasure and lightness. This work, ephemeral as the blink of an eye, is cut directly into the living material of the greenery and transforms itself at nightfall into a surface of blacks and whites. The Tapis Vert was cut the morning after Nuit Blanche leaving only  an image printed on the memories of those who had seen it, an impression of having glimpsed a vision of Louis XIV in all his hubris.

The staging also includes a sound element: a text by Louis-Sébastien Mercier, a contemporary of Louis XV, broadcast from the security cabins arranged around the Tapis Vert as if spoken by voices from far away. The 18th-century author imagines Versailles in 2440 and dreamily describes Louis XIV returning home amid ruins and rubble and taking stock of his own excessive ambition. 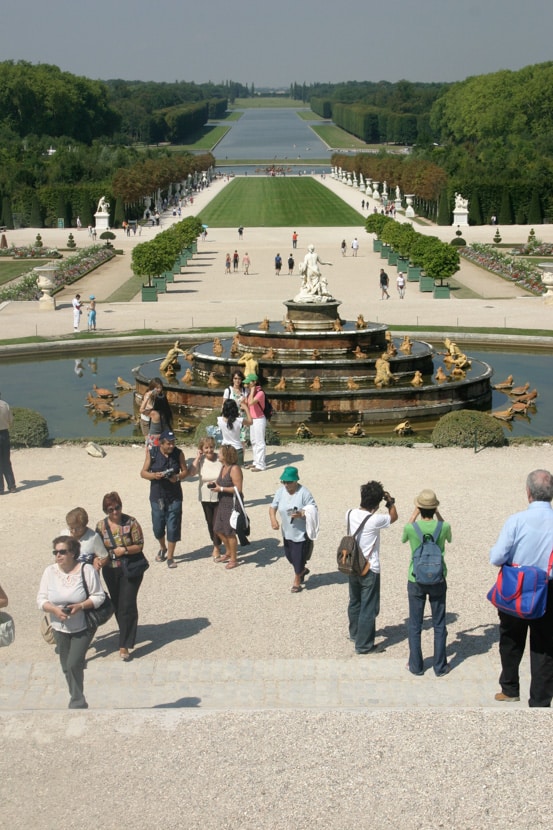 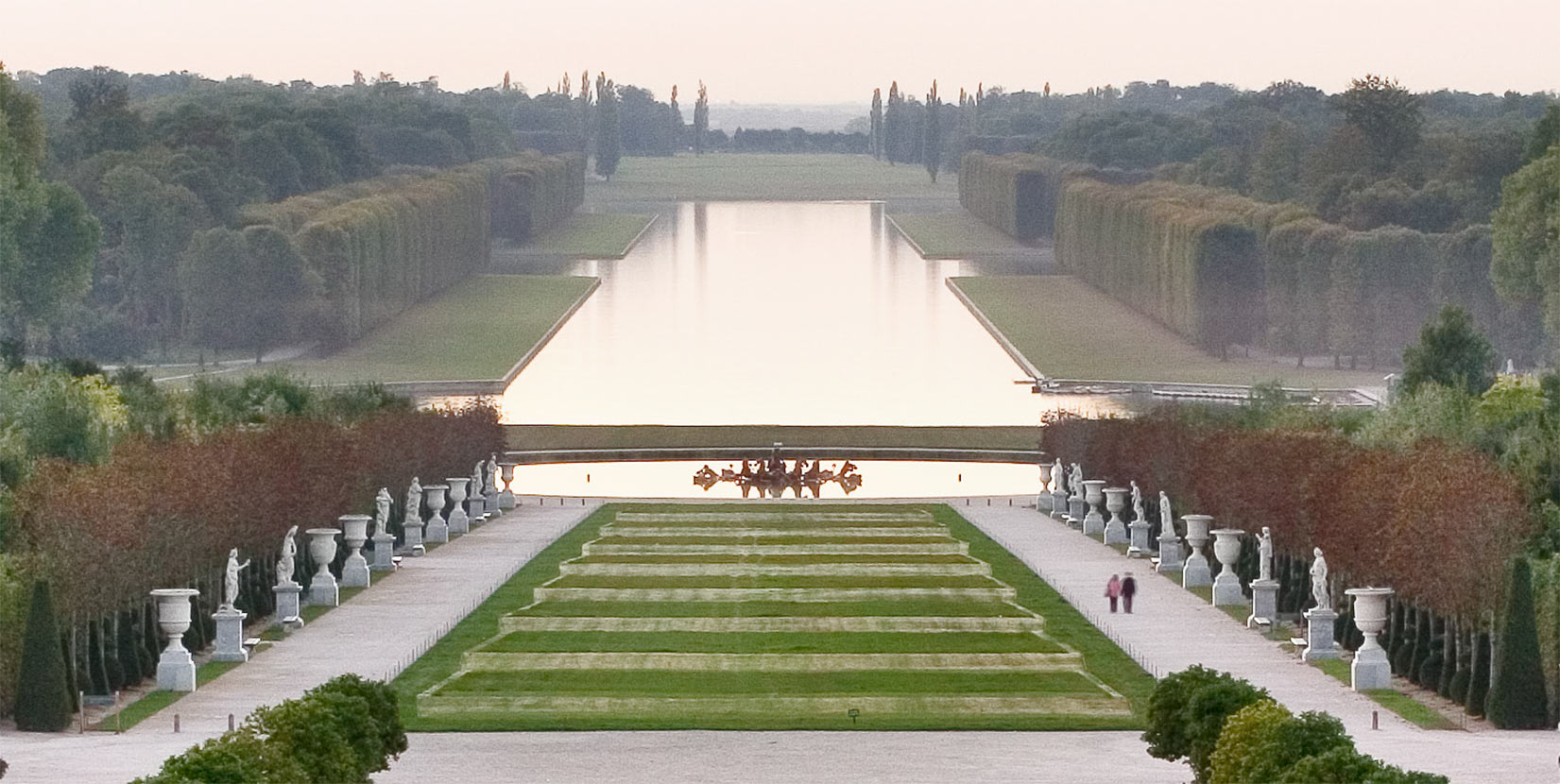 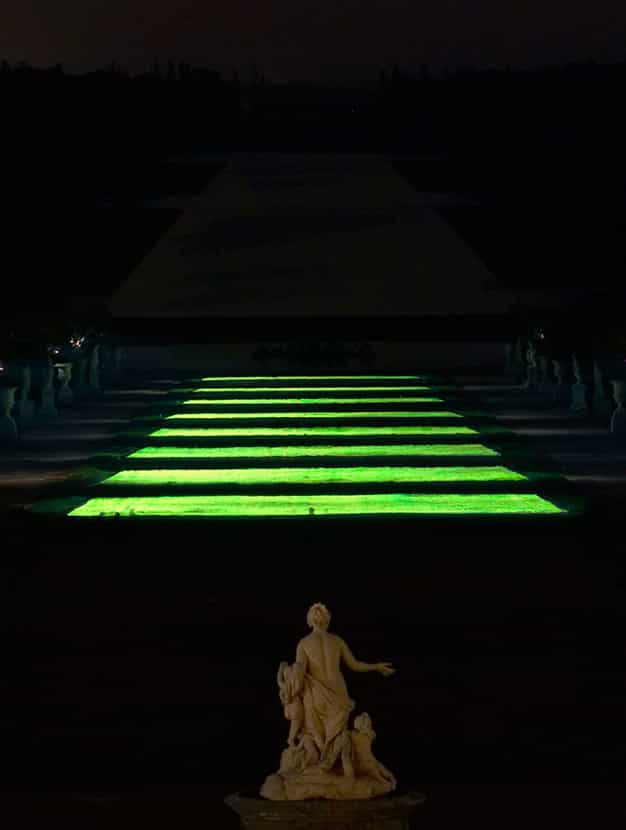 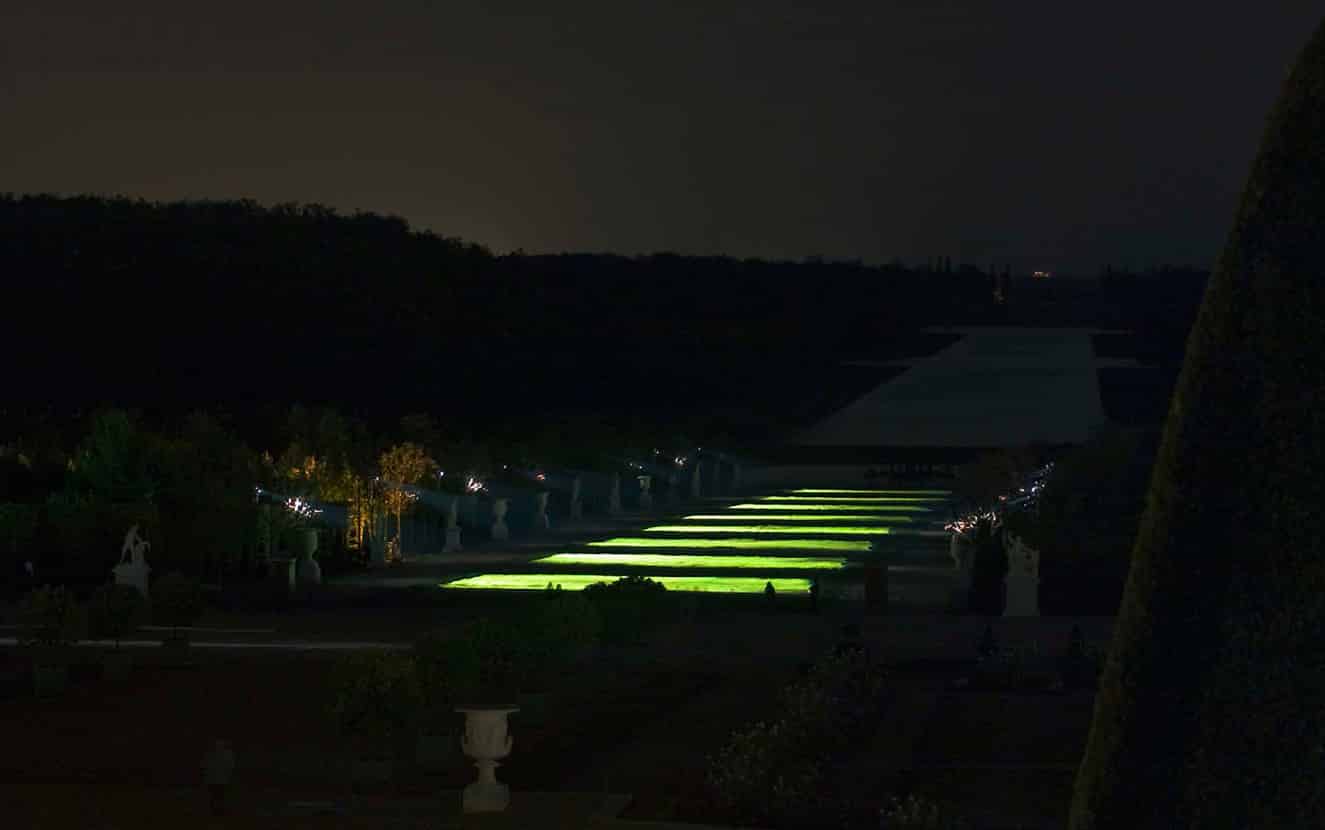 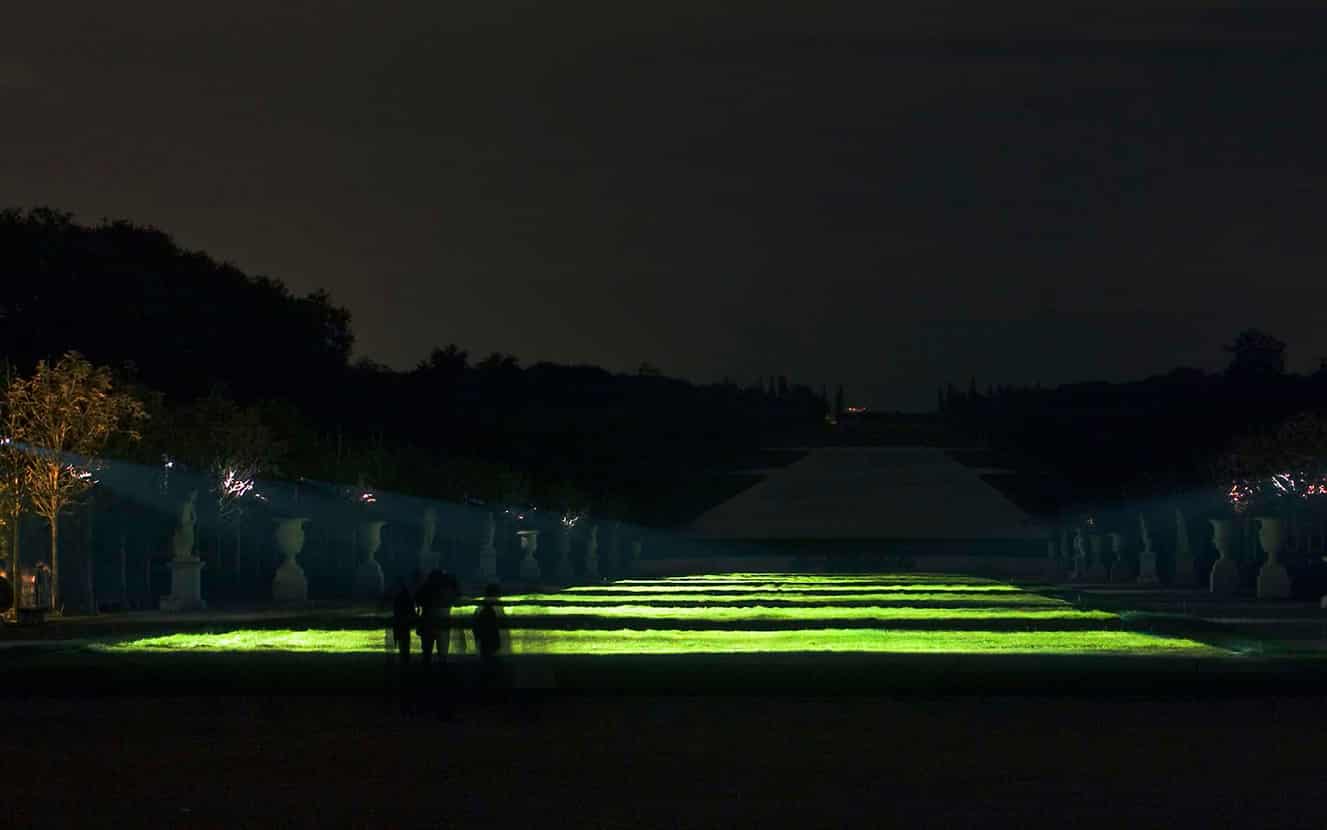 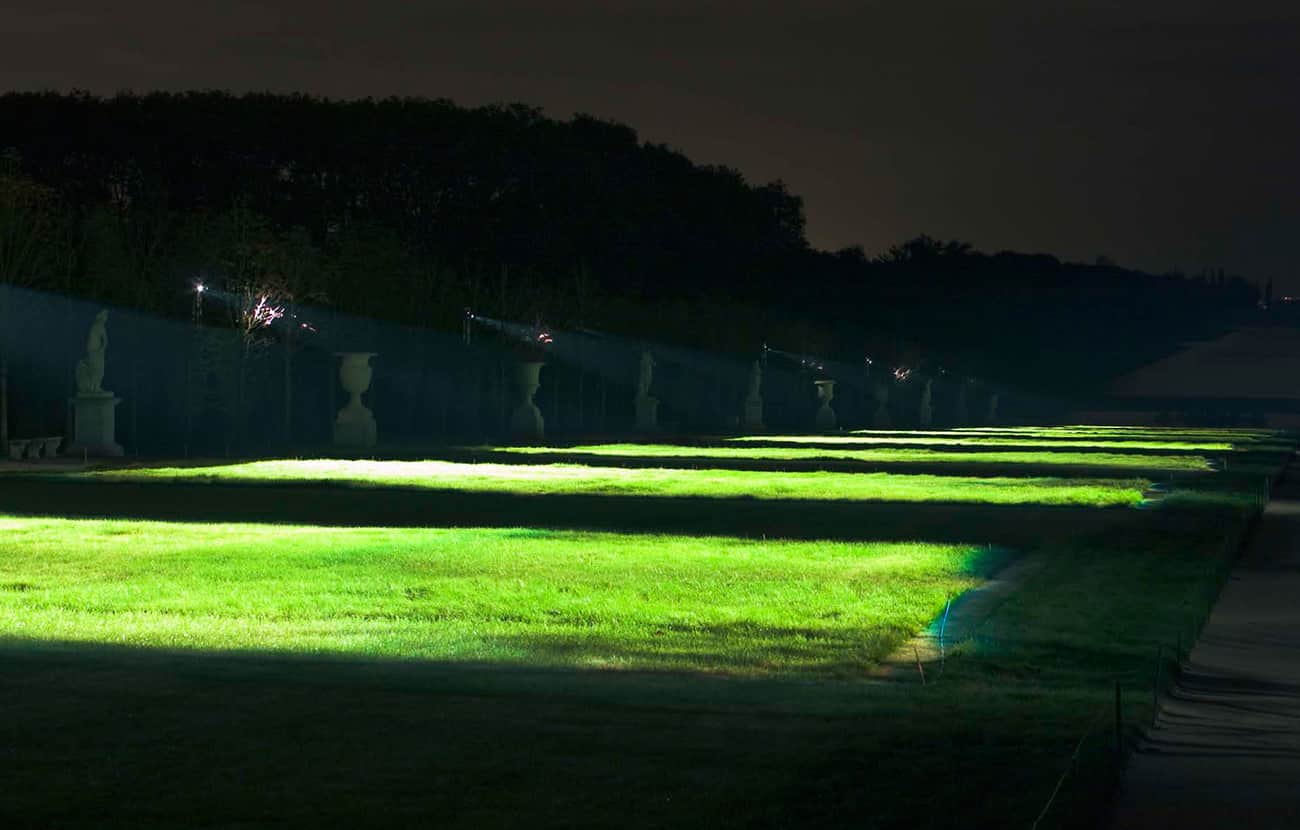 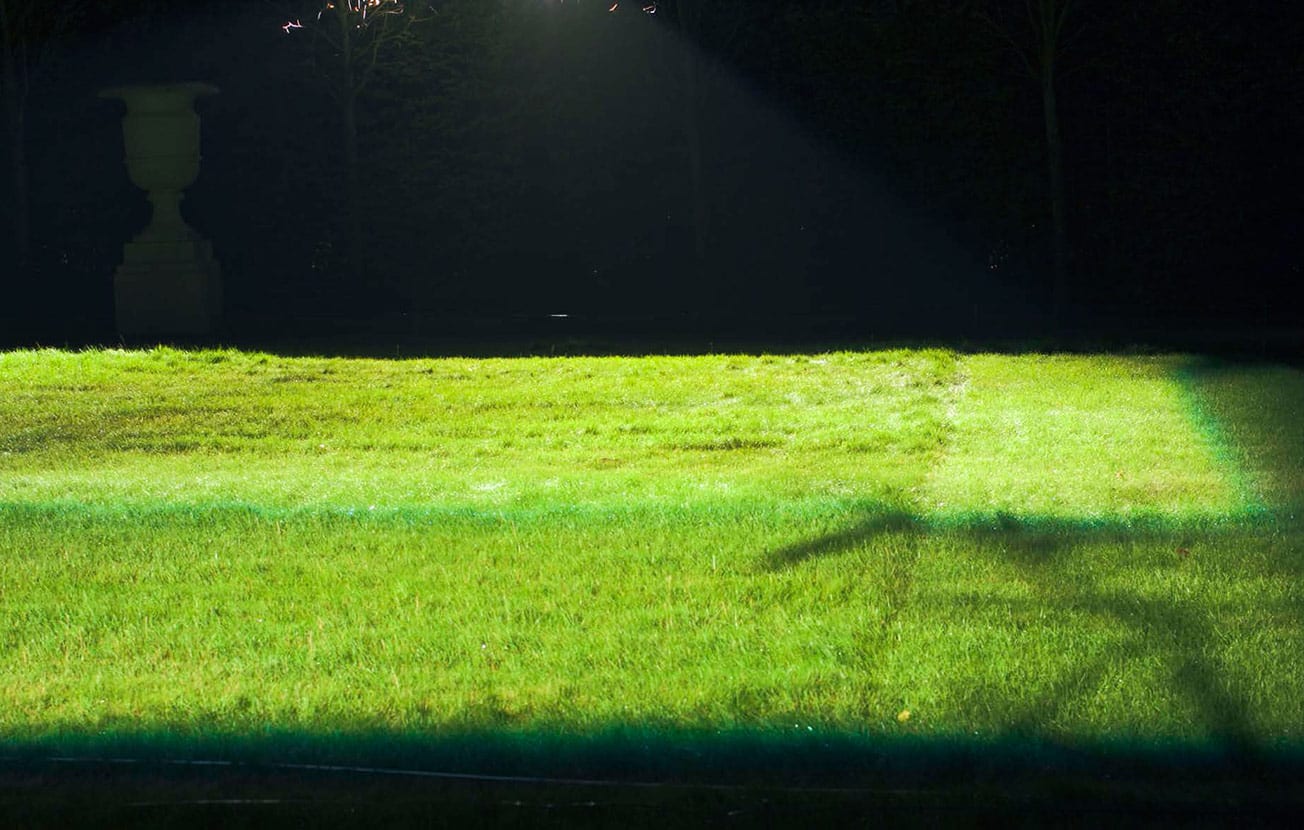 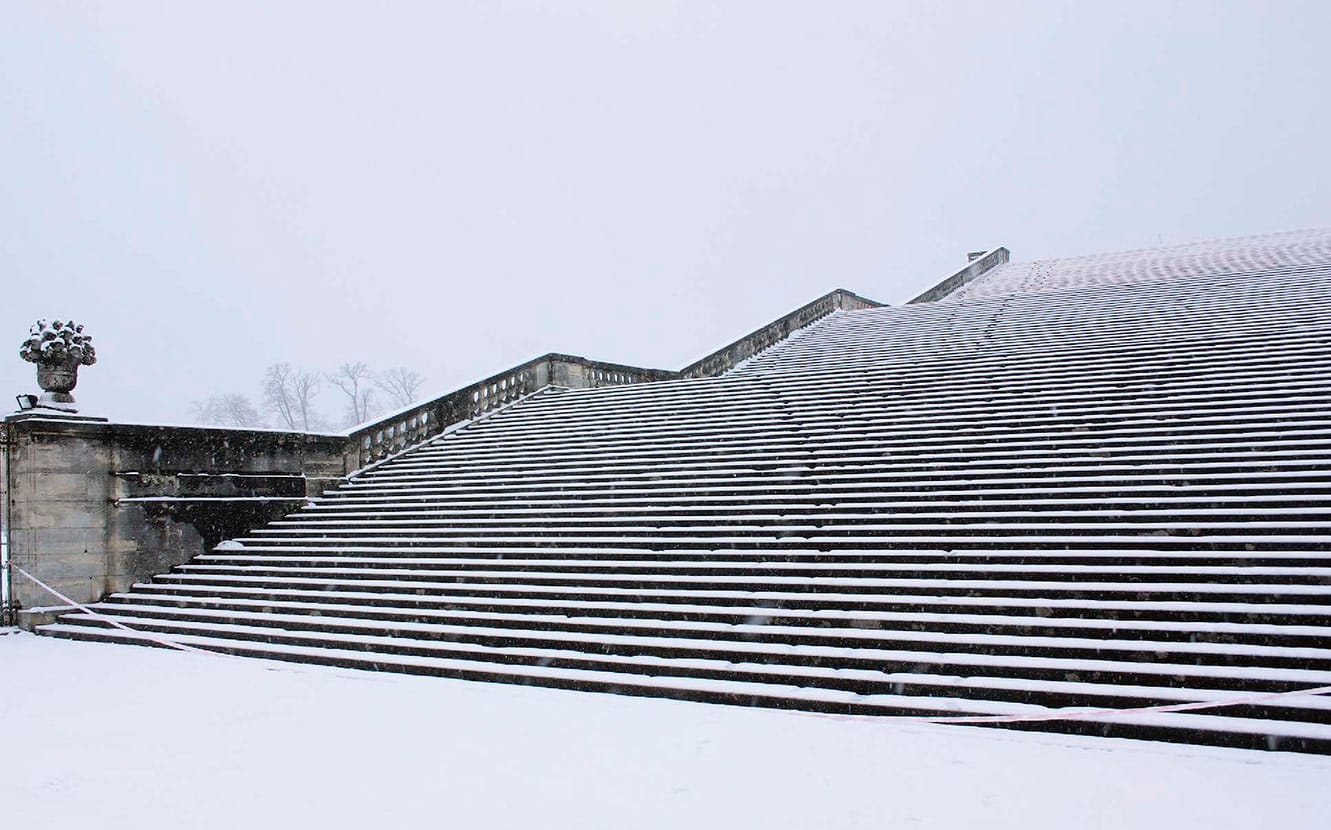 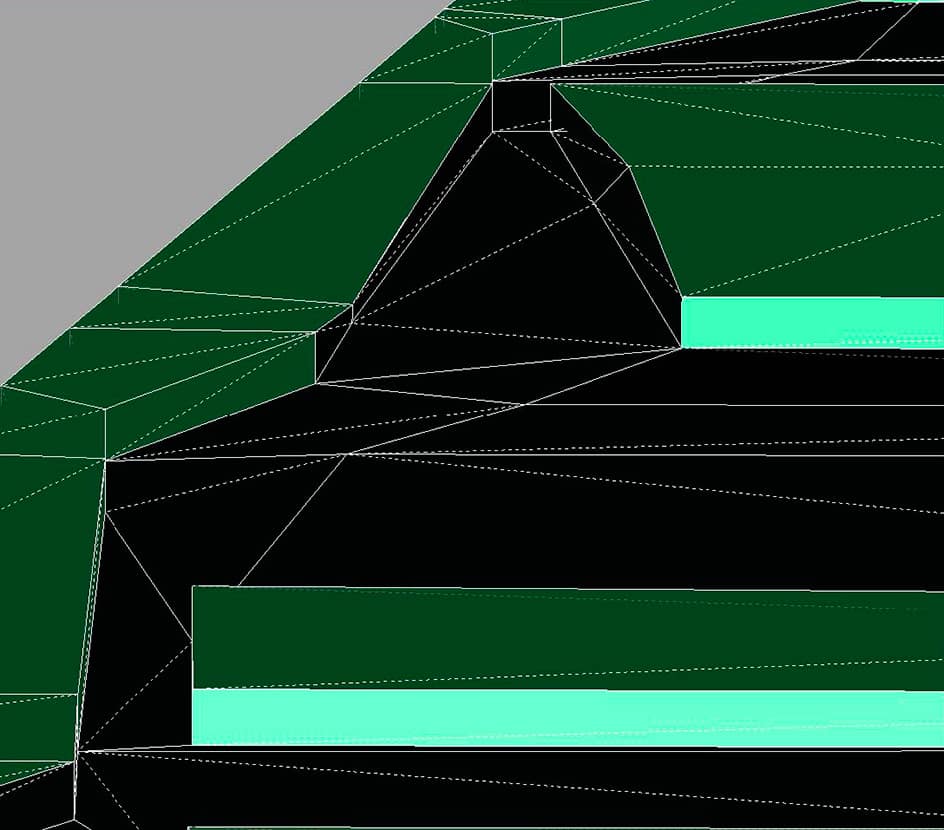 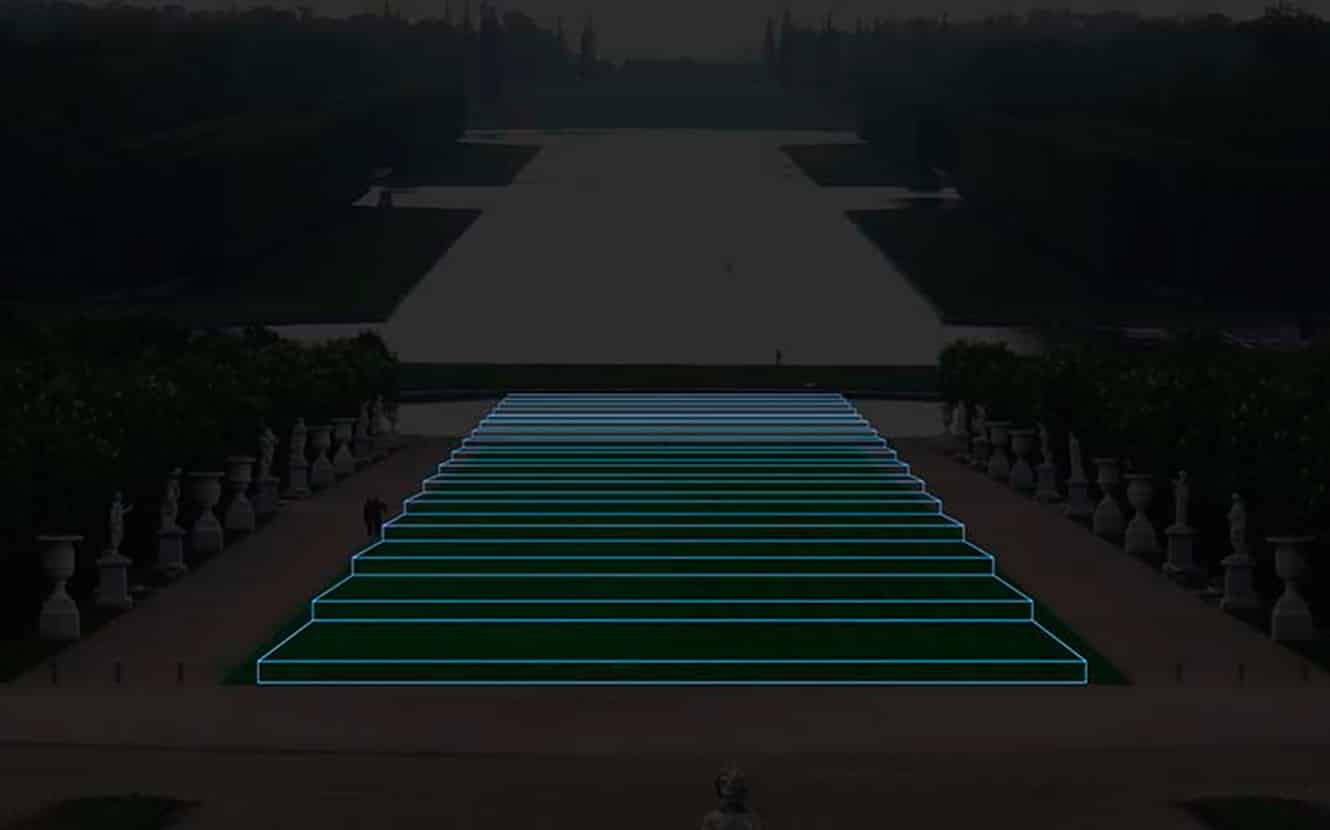 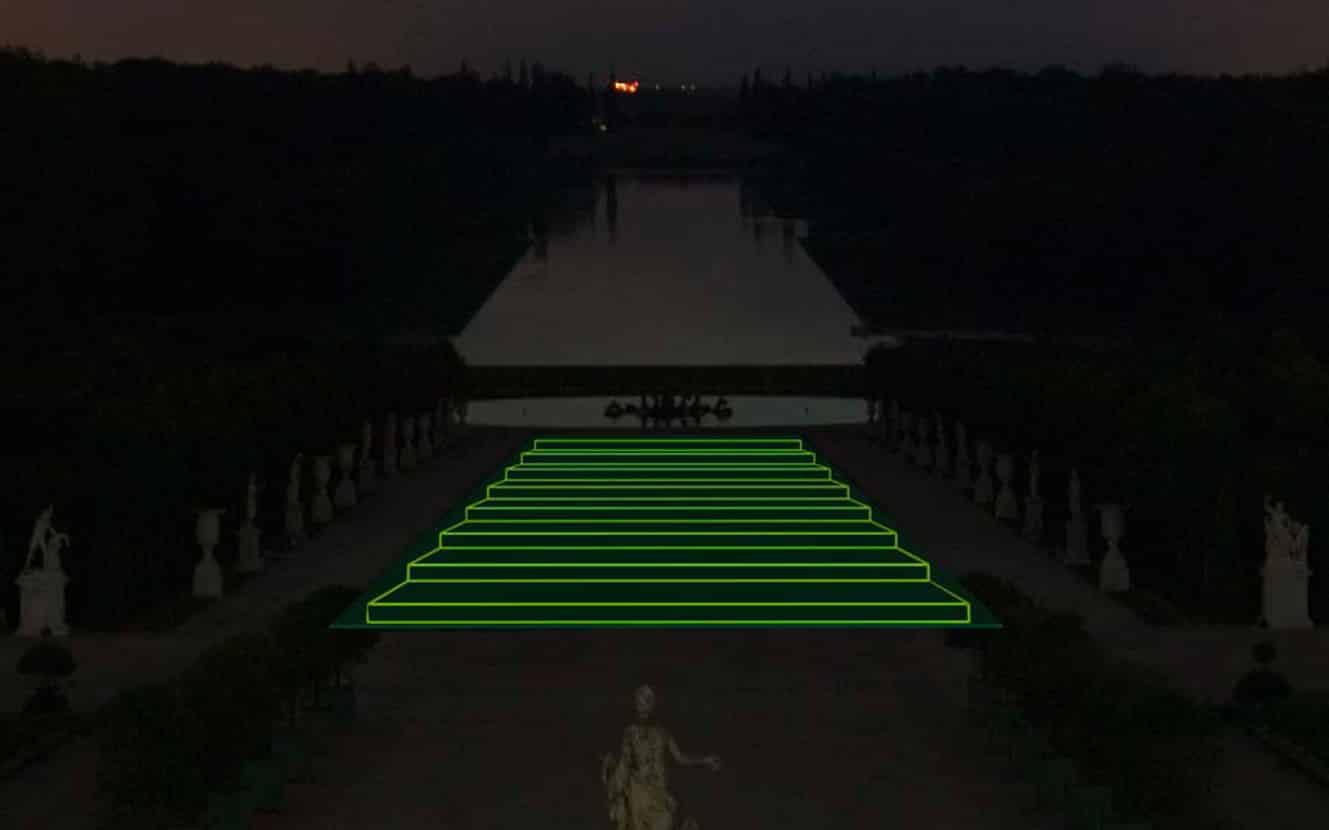 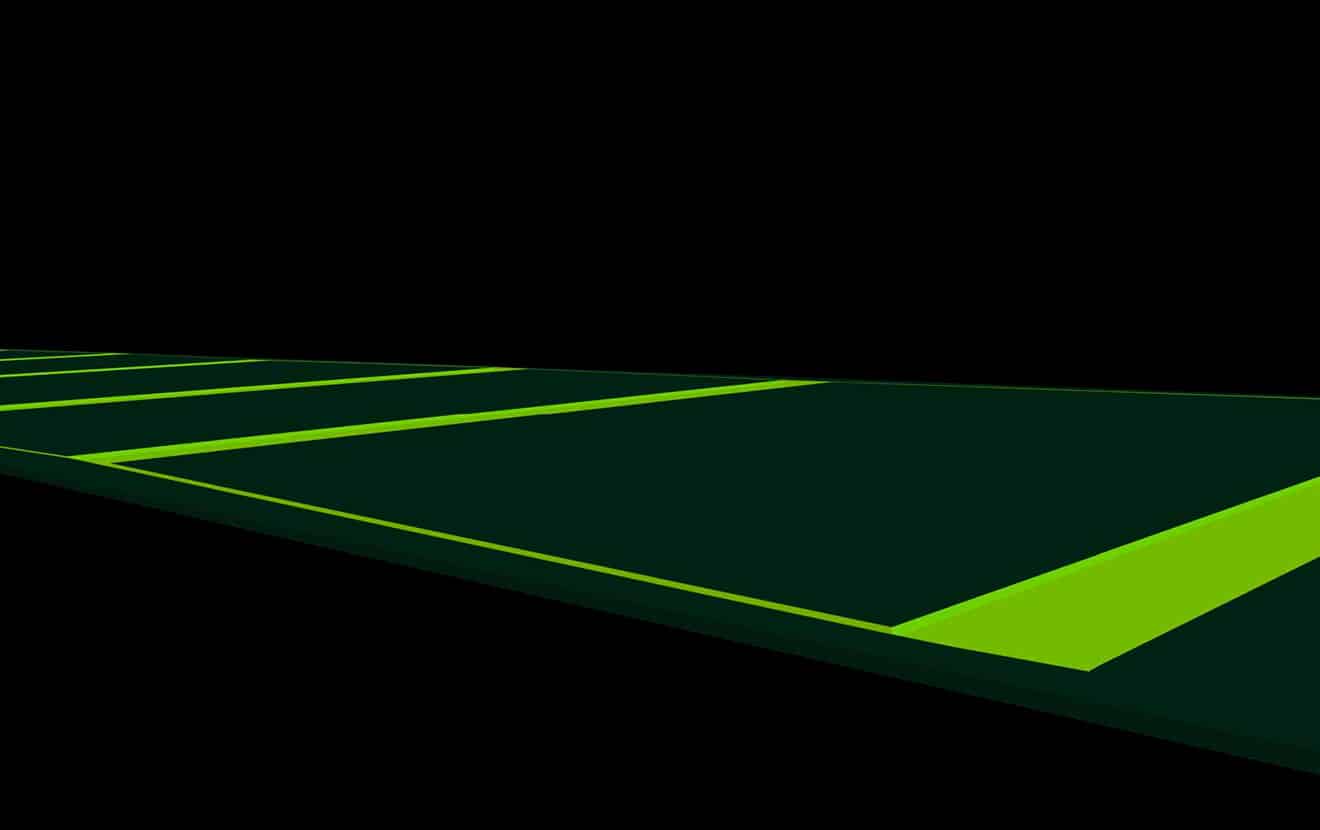 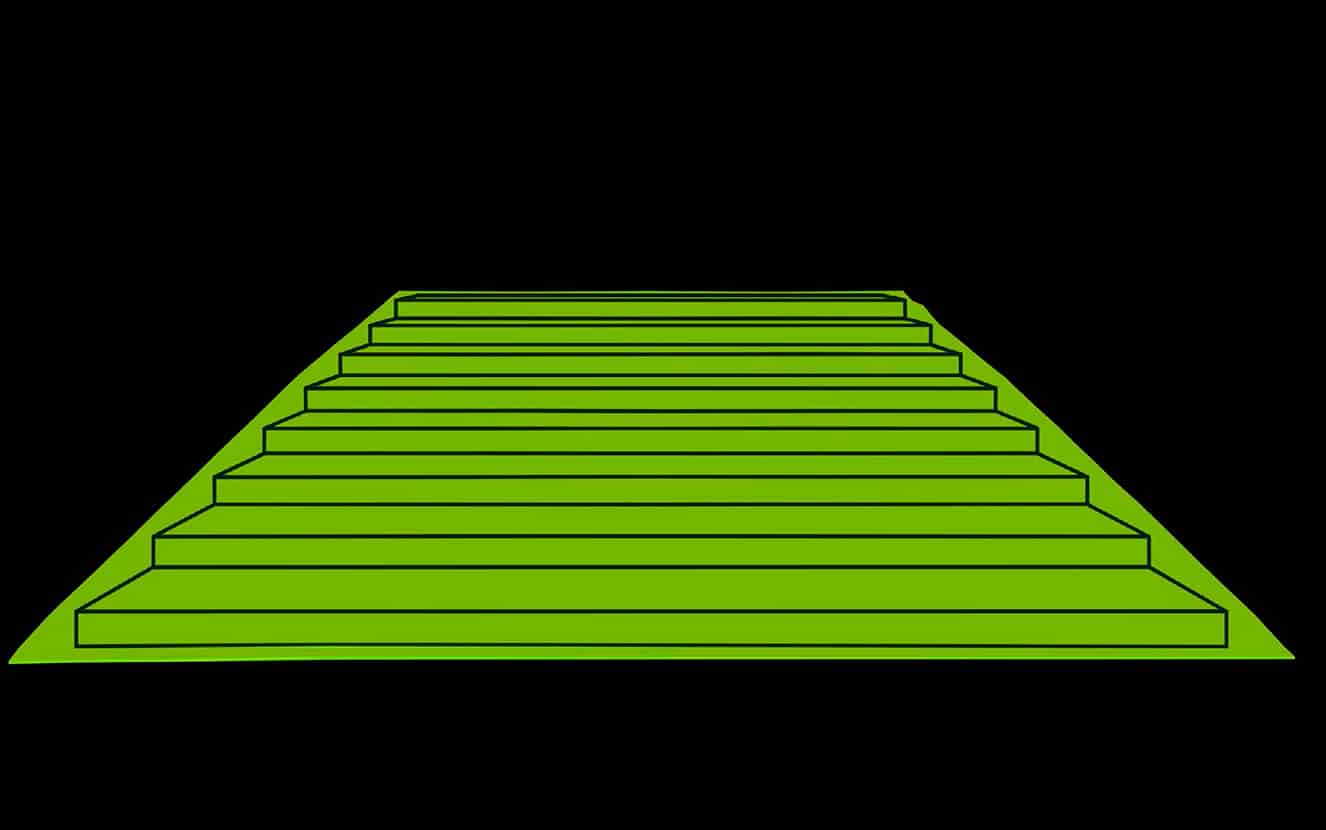 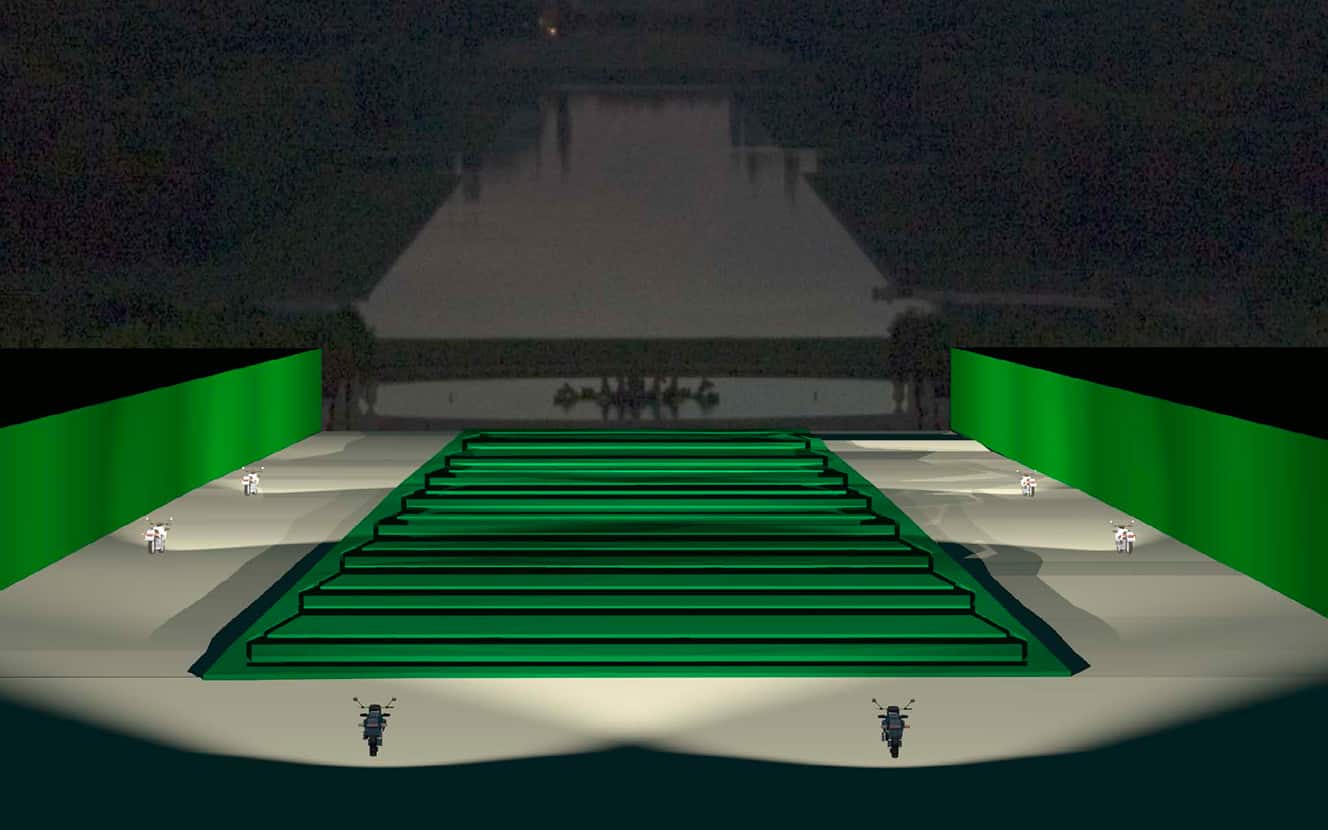 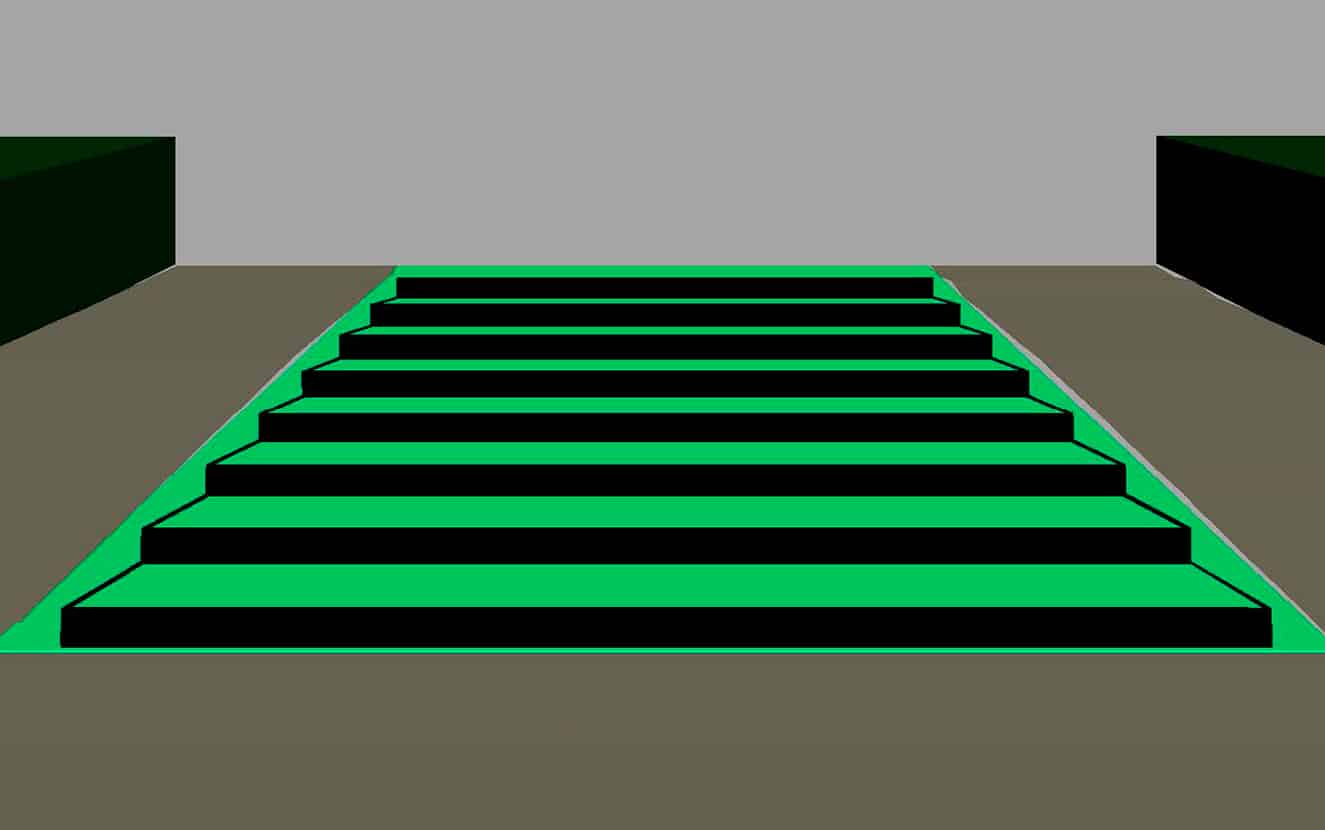 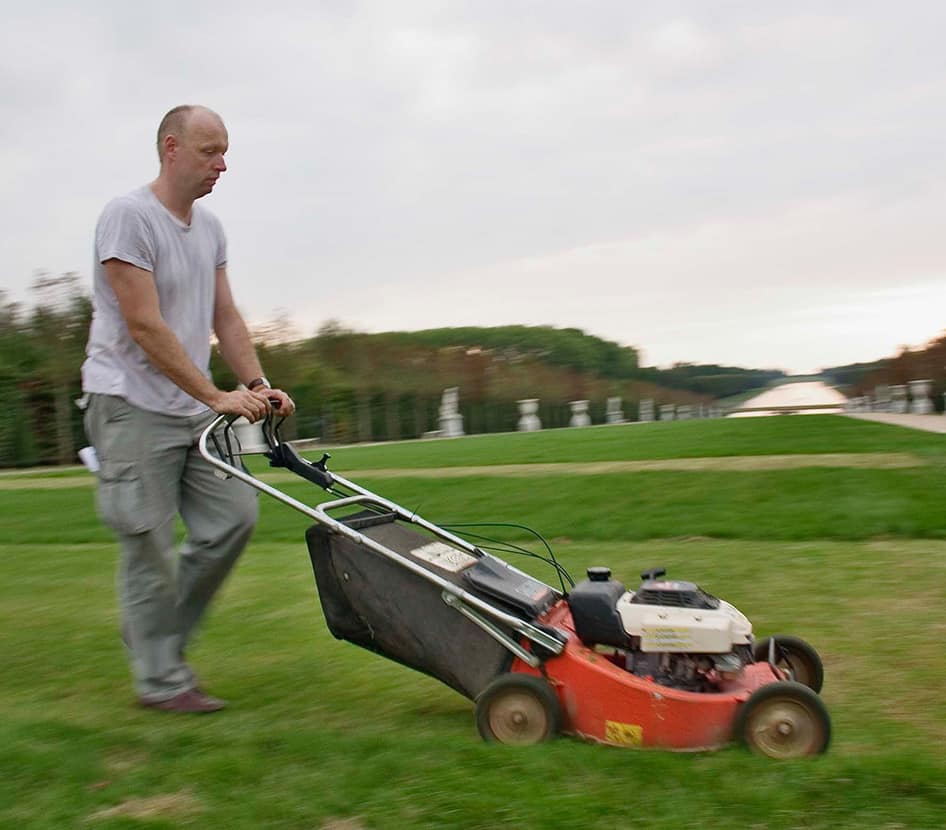 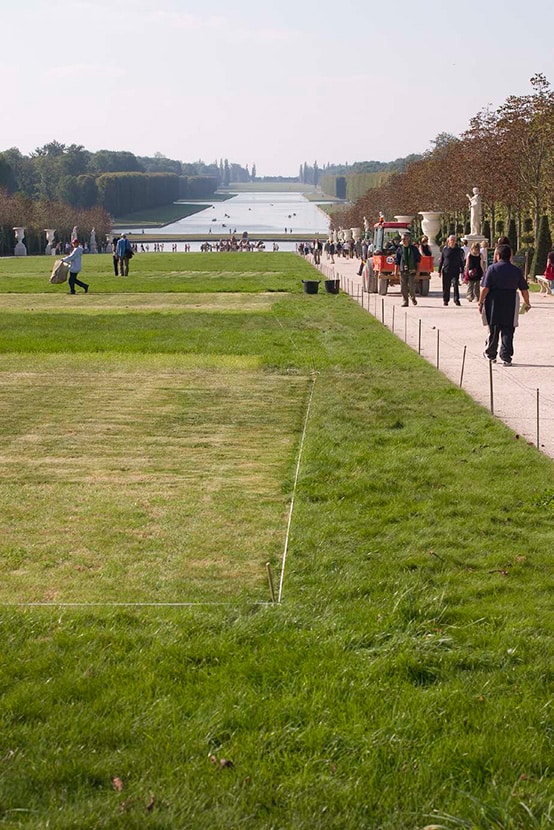 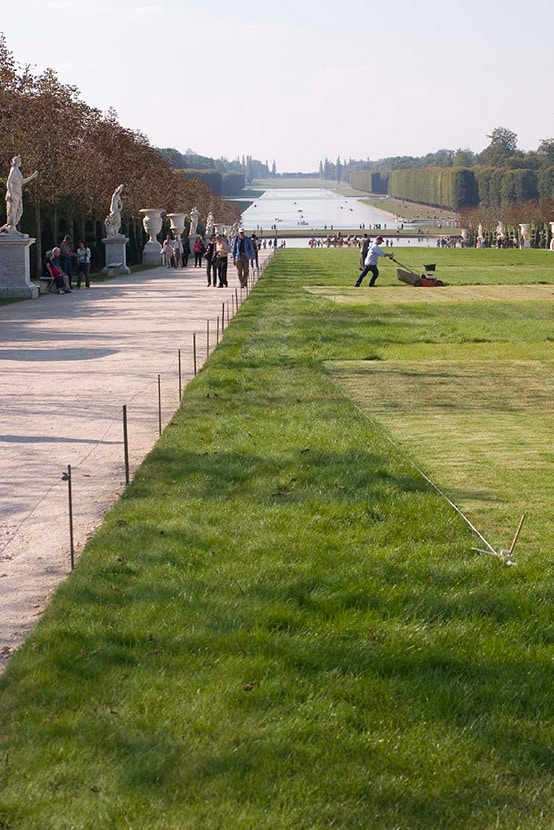